In a sudden twist Nithin announced a movie in the production of Pawan Kalyan and Trivikram Srinivas. This prompted many to think that his other movie in the direction of Hanu Raghavapudi with 14 Reels Entertaintments as producers is stalled. Truth is that the movie has not dropped off. It is very much on and director Hanu Raghavapudi is currently in USA to scout locations for the movie. 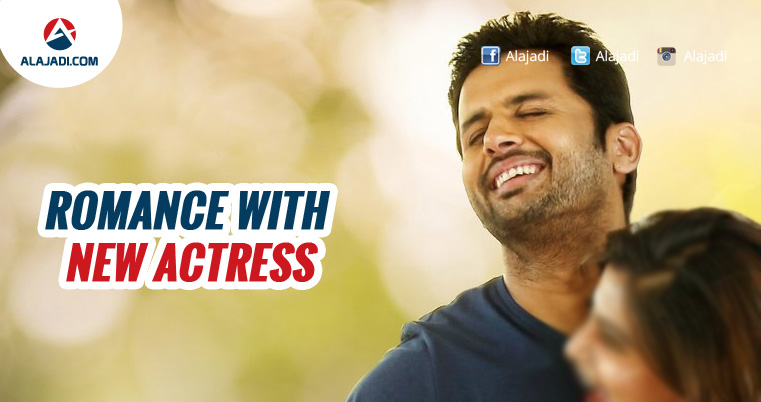 Young hero Nithin, is basking in the success of his recent hit A…Aa starring Samantha, and directed by the magician of words Trivikram Srinivas. After a brief hiatus, though the actor has now signed yet another flick with reputed director Hanu Raghavapudi. Earlier Hanu Raghavapudi delivered massive hits such as Andala Rakshasi and “Krishna Gaadi Veera Prema Gaadha.

The upcoming film was officially launched some time ago. The makers are planning to shoot the most of the film in the U.S.A and the unit is currently in Americ to scout locations for the film. The movie is expected to hit the floors in January.

Recently, they finalized a new actress, Megha Akash. She is going to make her debut in Telugu withn this film. In fact, she has only one film experience in Kollywood which is currently in its post-production stages. Before releasing her first movie in Tamil, she was flooded with many offers in Telugu. No official information has been made from the filmmakers whether the heroine is cast or not. We await for the announcement to be made.

On the other hand, Nithin, Pawan Kalyan and Trivikram Srinivas are teaming up for their upcoming venture which was officially launched yesterday in Hyderabad.