The much awaited teaser of Khaidi Number 150 is out. The teaser totally focuses on Megastar’s trademark style and mannerisms. When Megastar Chiranjeevi’s last full role film was hitting the screens, there was no war for number of views and likes on YouTube. But, he’s making a comeback in an era where everything on social media matters to come folks. 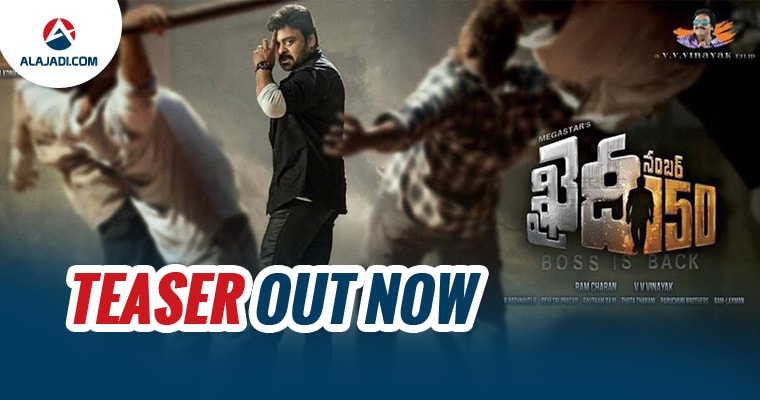 Megastar Chiranjeevi has reestablished his image with the teaser, reminding us why he has always been a mass hero. The 45-second teaser is filled with moments which show what a kick ass actor Chiranjeevi is with a serious dose of stunts and fights. Amid the desi beat, which might be his signature tune for the next few years, the star appears with a popped collar and aviator shades as he beats the living lights out of goons. For Chiranjeevi fans, the teaser would be worth all the wait.

Khaidi No 150 is Chiranjeevi’s comeback and his 150th movie. It is all set for a release in January next year. Under V V Vinayak’s direction, Khaidi No 150 is a remake of Tamil blockbuster Kaththi that was directed by AR Murugadoss and had Vijay in the lead role. The much-awaited movie has Chiranjeevi playing the lead and he will be seen romancing Kajal Aggarwal. The film also has Devi Sri Prasad scoring the music and Bollywood actor Tarun Arora playing the baddie.