Meelo Evaru Koteeswarudu is the latest 2016 upcoming Tollywood film directed by E Satti Babu while this movie is produced by KK Radha Mohan. Naveen Chandra is playing the male lead role in this film, Saloni and Shruti Sodhi plays the female lead opposite Navin Chandra. Comedian Pruthvi plays an important comic role in this film. The movie makers had released the trailer of the movie on YouTube. 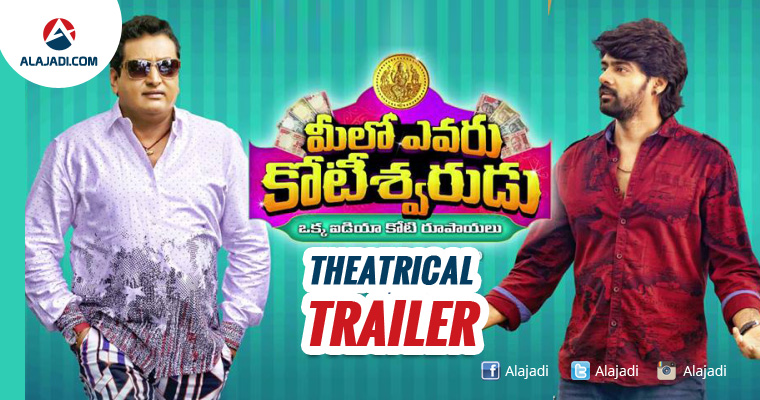 Naveen Chandra who had entertained the audience with his performance in many movies like Andala Rakshasi, Tripura, Lacchimdeviki O Lekkundi and also some Tamil movies like Sarabam, Sivappu and other movies. The movie Meelo Evaru Koteeswarudu title had been taken from a TV program hosted by Akkineni Nagarjuna which was aired in Maa T.V.

The movie makers had launched the teaser of the movie on October 4th and Trailer of the movie on 19th oct. The movie release date is not yet confirmed. Music for this film is given by Sri Vasanthm. The cinematography is handled by P Balreddy. Story and dialogues are written by Nagendrakumar Vepoori. Dialogues development is by Krantireddy Sakinala. Lyrics are by Ramajogayya Sastry and Bhaskarabhatla. Editing work is done by Gautham Raju. Art direction is by Kiran Kumar. Fights are by Real Satish.