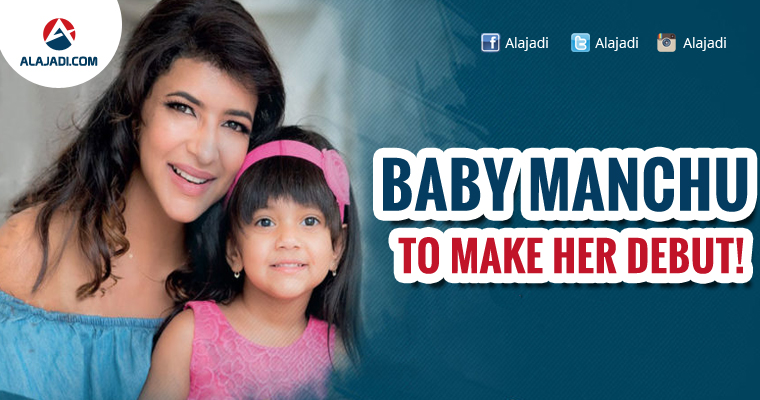 The film is based on the life story of the yester-year actress Savitri, starring Keerthi Suresh in the lead role. The buzz is that Vidya Nirvana was asked to play Savitri’s childhood character in the movie and the Manchu readily family accepted the offer. Directed by Yevade Subramanyam fame Nag Ashwin, the movie also stars Samantha and Dulquer Salmaan. The movie is produced by Ashwini Dutt’s daughter Priyanka Dutt on Vyjayanthi movies banner. Currently, the film ‘Mahanati’ is on sets and will gear up for its first schedule in September. Manchu family has a special place in the film industry.  Already Vishnu, Manoj and Lakshmi impressed the audiences with their films. Let’s wait and see how this kid impresses us.

Mohan Babu is a senior actor who started off his career as a character artist, then went on to play villain roles. He became one of the hit actors at the time. His movies would become such hits and collect so many shares at the box office, he was called Collection King. Later, his children also went to make a their place in the industry. Now, it looks like even his grandchildren will become stars.