Mana Oori Ramayanam is an upcoming Telugu language drama movie starring Prakash Raj and Priyamani in the lead roles. Prakash Raj has handled the production as well as direction of the film. Ilayaraja has scored the music for the film. This film is in his under his own banner named Prakash raj Production Works. 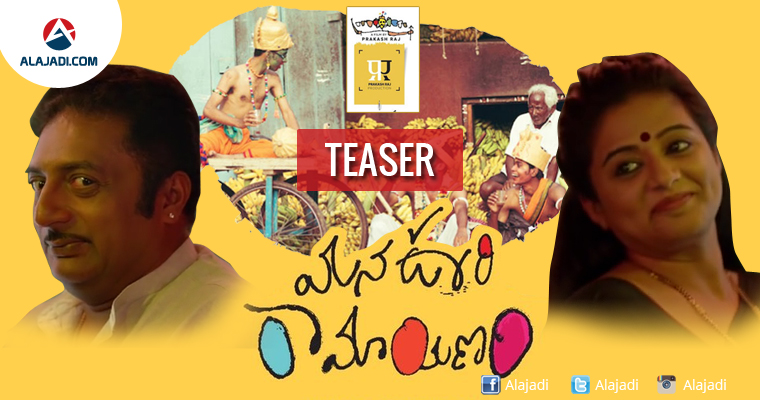 Everyone know that prakash raj being a great actor along with a sensible movie director with his own style mark reflected his emotions and all the intense feelings with all generations related social movies. In the low budget sensible movies like ” Dhonni “, ” Oggarane, ” , “Ulavacharu Biryani “ were released and now he started his new project and almost got succeeded in impressing all movie audience with his new venture ” Mana Oori Ramayanam “ in Telugu and ” Idolle Ramayana “ in kannada.

Prakash raj also did a funny and gentle role with his new gestures and new getup in this movie. It’s a story of four souls in the guise of characters from Ramayana at a Vantage point in their life. The shooting will flag off in December and the film will release as an early summer treat.