The Madras High Court on Tuesday issued an order making the national song ‘Vande Mataram’ compulsory in schools, colleges and Government offices in Tamil Nadu. The court said that the director of public information will upload a translated version of the National Song in Tamil and English that will be made available in the Government websites and on social media.  It also marked the order to the Chief Secretary of the State who will issue instructions to the concerned authorities. 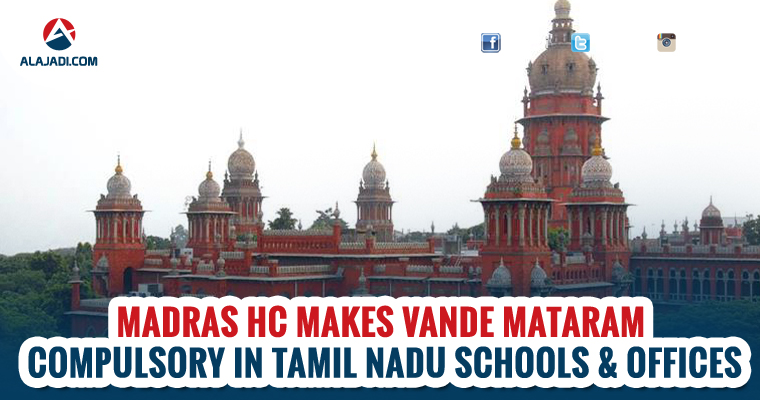 The National Song ‘Vande Mataram’ shall be played and sung in all schools/colleges/Universities and other educational institutions atleast once a week (preferably on Monday or Friday). It shall also be played and sung in all Government offices and institutions/private companies/ factories and industries at least once a month, the Court said. However, it added that a person shall not be forced it sing it provided he or she has valid reasons.

Following the order, analyst RK Radhakrishnan, Associate Editor, Frontline, said, The increasing instances of court entering and passing orders in the domain of the legislature and the executive is unfortunate and is a cause for concern. The matter is scheduled to come up for hearing on August 23.