LV Revanth is the winner of Indian Idol 9

L. V. Revanth, also called Lolla. Venkata Revanth Kumar Sharma or simply Revanth wins Indian Idol season 9 beating PVNS Rohit and Khuda Baksh in the final round. The Sony Entertainment Television’s singing reality show for contestants showcasing their singing talent to the world, had Revanth winning the season. In a proud moment for Telugus, both the winner and second runner-up of Indian Idol season 9 have been bagged by the Telugu singers. 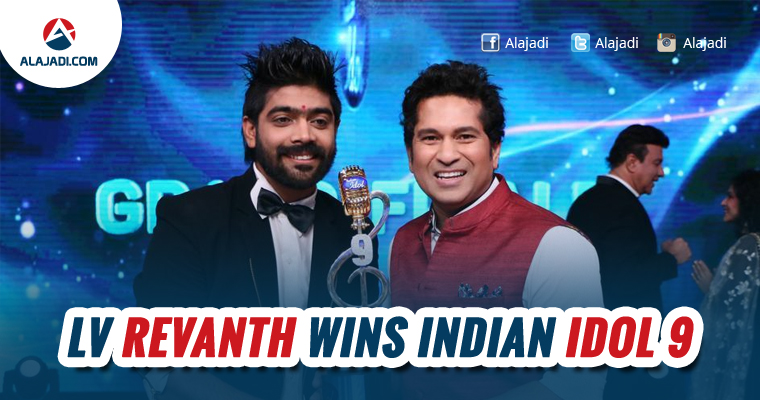 LM Revanth, the playback singer from Telugu Films repeated the feat that Sree Ramachandra managed to do four seasons back. The singer who could not speak a word in Hindi before the show, learnt to woo audience with complex Hindi songs and his dashing looks to let audience take a note of him. Girls have gone crazy for his voice and looks, this helped him to establish a strong following along with his close competitors Khuda Bhaksh and PVNS Rohit. Revanth has given some Amazing performances on the Indian Idol 9 show. One of them was Bulleya from Ae Dil Hai Mushkil. Revanth has sung over 200 songs in Tollywood including Manohari in Baahubali. For him, the Indian Idol platform was like an opportunity to show his skills to composers in the Hindi film industry and a pan-India audience.

Revanth got highest number vote and removed a 25 lakhs price money and a car as the prize. The singer after winning the title, expressed that he was thrilled to sing in front of his Idol and God of Cricket in India, Sachin Tendulkar. He thanked judges, Anu Malik, Farah Khan and Sonu Nigam for selecting him and guiding him throughout his journey in the show. He thanked audience for voting and also said that he needs to prove them right in choosing him as Indian Idol by associating himself with good music.