Tollywood Cute Couple Naga Chaitanya & Samantha who got engaged in January, will be Next Seen in upcoming romantic entertainer, which is directed by Trivikram Srinivas. Director will soon direct Pawan Kalyan after Katamrayudu, The Script Locked for Naga Chaitanya’s & Samantha flilm.The young love couple is currently busy with their respective individual projects. Both of them have got engaged, and they will be getting married sometime during the year-end. As per film nagar Buzz this Film will be formally launched on Dusheera and the regular shooting will commence by the end 2017. 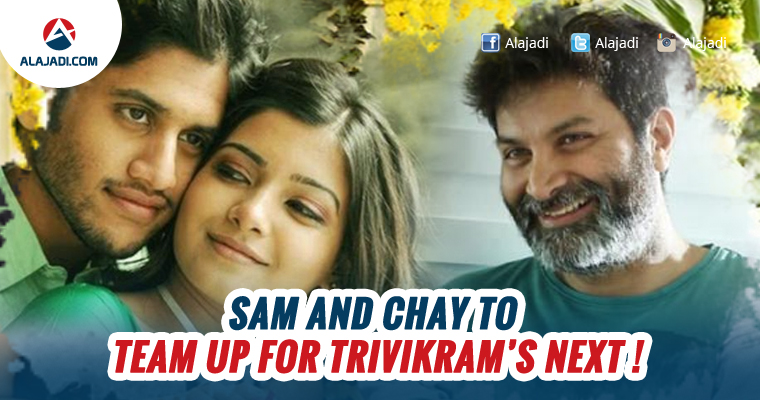 Naga Chaitanya After Autonagar Surya, Sam and Chaitu will be seen in Trivikram Film. From long time, Akkineni fans are waiting to watch this combo on sliver screens. More Over Actress Samantha is busy in Shooting Her First horror flick Raju Gari Gadhi 2 and will also be seen in Nag Ashwin’s directorial venture Mahanati, based on the biopic of yesteryear actress ‘Savitri’.

The script of this upcoming romantic comedy flick has been locked and Nagarjuna is planning to bring Devi Sri Prasad on the board to render the tune. An official confirmation is awaited regarding it.Annapurna Studios banner will produce the film. Trivikram will next begin shooting for Pawan Kalyan film. Soon after completing the film, he may start shooting for this new film in discussions.