Life History of Mother Teresa on her Birth Anniversary !

Prayers marked the 105th birth anniversary of Nobel laureate Mother Teresa in Kolkata today. At the mother house, headquarters of missionaries of charity, which was founded by Mother Teresa nuns of the order started the day with special prayers in the memory of her. Mother Teresa was born on August 26, 1910 at Skopje in Macedonia. She died in September 5, 1997 at Kolkata. 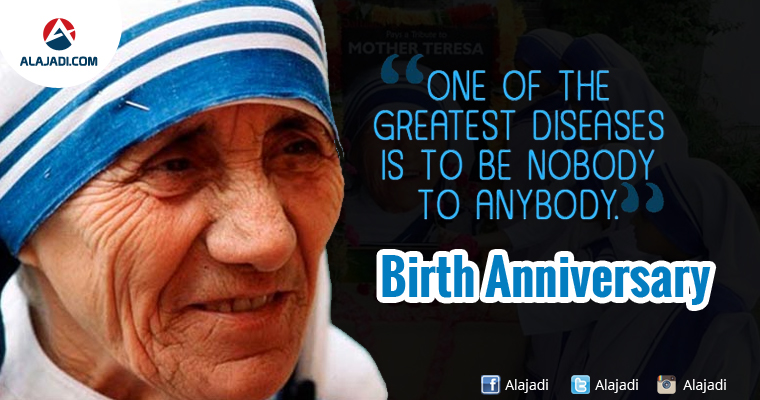 Some interesting and remarkable facts about her:

Mother Teresa is a household name for her good works, but many people don’t know much about her beyond “nun who helped the poor.”