Krish, the creator behind Gautamiputra Satakarni, Kanche, Krishnam Vamde Jagadgurum, Vedam, Gamyam in Telugu and Gabbar is Back in Hindi is ready to announce his new film Manikarnika – The Queen of Jhansi today at Varanasi. After Balakrishna’s landmark 100th film Gautamiputra Satakarni became a blockbuster, director Krish Jagarlamudi has teamed up with Bollywood’s ace heroine Kangana Ranaut for the biopic of Rani Jhansi Lakshmi Bai. Titled as Manikarnika – The Queen of Jhansi, the story of the film is penned by Vijayendra Prasad of Baahubali and Bajrangi Baijaan fame. 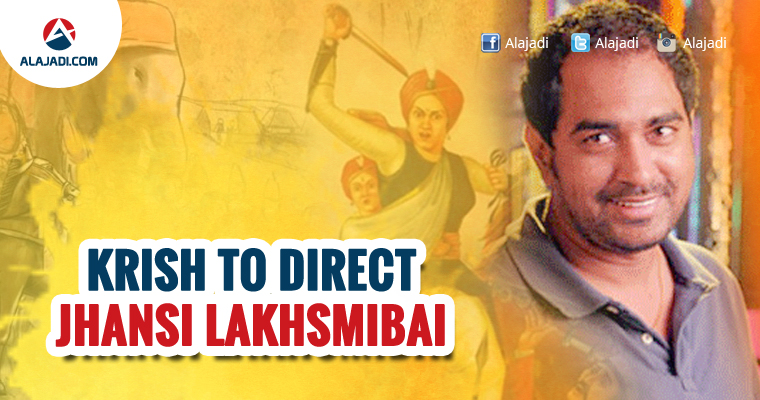 Bollywood’s ‘Queen’ Kangana Ranaut is stepping into the shoes of Rani Jhansi Lakshmi Bai. Manikarnika is born in Varanasi in 1828. The film is going to chronicle the life and times of her adventurous journey.The film with a staggering budget is going to be made in Telugu, Tamil and Hindi languages. On the eve of the film’s announcement today, Kangana is going to release 20 feet poster of Manikarnika – The Queen and will also to perform Ganga Aarthi in Varanasi today in the evening.

The dialogues and lyrics for the film are penned by Prasoon Joshi. Popular music trio Shankar Ehsaan Loy is going to compose music. Two years ago, filmmaker Ketan Mehta had announced the biopic of Jhansi Lakshmi Bai with Kangana but he had later walked out of the project after he fell out with Kangana.