Young sensation Raj Tarun is busy with a hand full of projects at present. Now he is very busy in wrapping up his upcoming movie Kittu Unnadu Jagratha which will confirm its theatrical release on 17th February 2017. Majnu fame Anu Emmanuel is playing the female lead in this youthful love and comedy entertainer. 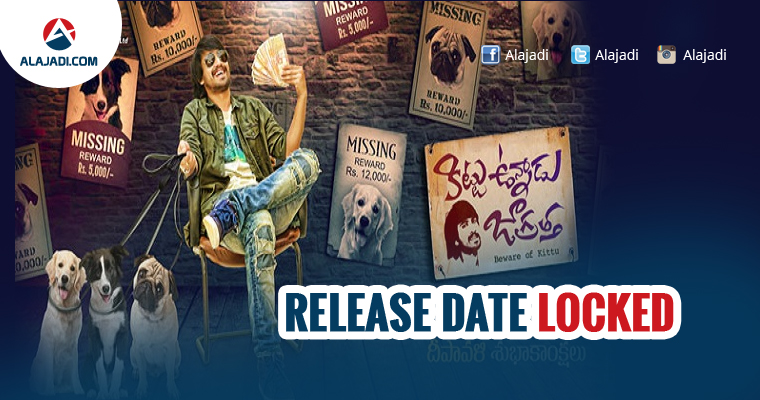 Recently released first looks and teasers were garnered positive response all over the audience. Director Vamsi Krishna filming it as a full length comedy entertainer and Anup Rubens  is scoring the music for this film. The movie is being produced by Ram Sunkara under A.K. Entertainments banner. After scoring a hit with his first film Uyyala Jampala, Raj Tarun has done romantic entertainers and the trend continues with yet another of the same.

In this flick Raj Tarun is playing the character of Dog Kidnapper with other elements of love story. This would be something different from his previous roles and performances that have been given by him. The title has been announced as Kittu Unnadu Jagratha in English Beware of Kittu which is creating much more expectations among the fans who are watching to look out their young hero dynamic performance

Arbaaz Khan, Prudhvi, Nagababu, Raghubabu, Raja Ravindra, Tagubothu Ramesh, Praveen, Sudarshan and others are part of the cast. Dialogues by Sai Madhav Burra.  The story is by Srikanth Vissa.  Cinematography is by B Rajashekar.  Editing is by MR Varma.  Art direction is by Avinash.