Tri-cities of Warangal-Hanamkonda-Kazipet to have an extended Sankranti this year, courtesy the International Kite Festival organised by the Telangana Tourism Department that set to dot Warangal skies with colorful kites. This is the first time that Warangal, touted as the next destination after Hyderabad, to host a kite fete of international level. Kite fliers from 31 nations are expected to take part in the festival that is scheduled for January 17. Eleven expert kite fliers of the country will also take part in the event. 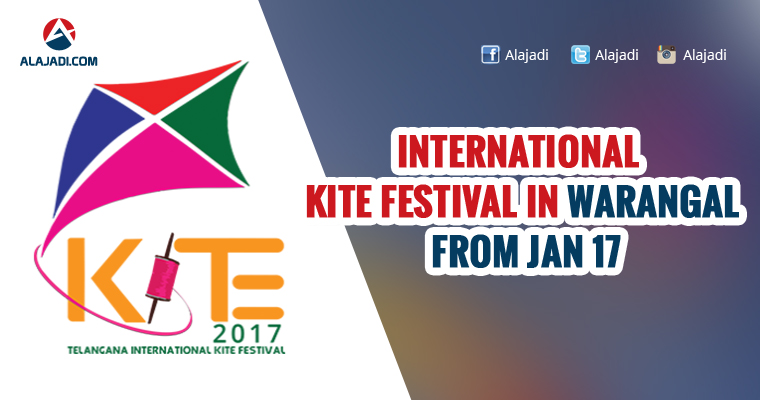 After their three-day sojourn in Hyderabad beginning from January 13 and Yadagirigutta on January 16. Eleven expert kite fliers of the country will also take part in the event. Special attraction of the festival is remote controlled kites. Besides the traditional kites, remote controlled kites will also be flown, it’s learnt. PV Sindhu, the Olympic Silver Medal winner, is the official face of the festival christened as Kite-2017.

The kite festival will be held at Arts and Science College Grounds in Hanamkonda. The national and international representatives would be provided accommodation in Haritha Kakatiya Hotel here. The administration is making elaborate arrangements to make the Kite-2017 a huge success. Efforts are also on to reflect the culture and tradition of the Kakatiya dynasty during the festival. Plans are afoot to put up around 30 stalls that include items such as handlooms, handicrafts etc., besides food courts college.