A centuries-old temple in Kerala’s capital Thiruvananthapuram has broken its dress code. The Temple Executive Officer of Sree Padmanabhaswamy Temple has broken away from tradition and allowed women wearing churidars or salwars to enter the premises. According to the dress code prevailing since ages, women were allowed to wear only sarees, long skirt or a dhoti while entering the temple. 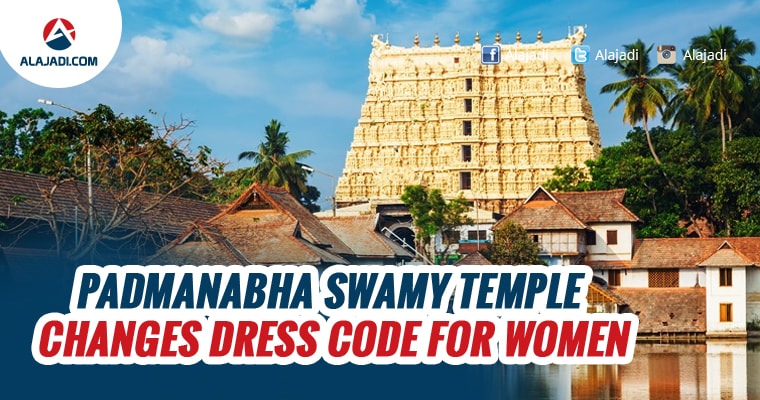 Relaxing the age-old dress-code, the Sree Padmanabha Swamy Temple on Tuesday decided to permit women wearing churidars to enter the the temple complex. The temple had strict dress code in place. Only men wearing mundu (dhoti) and women wearing sarees were allowed to enter the premises. Temple executive officer K N Satheesh issued the order based on a petition filed by Riya Raji, a native of Thiruvananthapuram. However, K Haripal, chairman of the temple administrative committee was against relaxing the dress code and wanted status quo to be maintained.

The Kerala High Court had recently disposed of a petition seeking permission to allow women to wear salwars and churidars inside the temple after directing the Executive officer to decide within 30 days on the matter. Until the new churidar rule, the dress code for women visiting Sree Padmanabha Swamy temple was either a sari or a skirt with blouse or other top as appropriate to age.

Young girls below the age of 12 were allowed to wear gowns. For men it was a dhoti with or without an angavastram. While churidars and pants were allowed, women had to cover up with a mundu before entering the temple complex. This triggered a campaign by women seeking a relaxation of the dress code and permission to wear churidars as the  mundu over the dress made a mockery of the temple dress code.  If anyone from temple disagrees, they will need to file an appeal at a higher court.