Telugu Desam Party president and Andhra Pradesh Chief Minister N Chandrababu Naidu today asked his party MPs and legislators to keep themselves abreast with technology or face the threat of becoming “outdated”. During a three-day party training classes on the importance of technology and its implementation, TD president and AP Chief Minister N. Chandrababu Naidu strictly censured MLAs and constituency in-charges who failed to bring their government-gifted iPads to the meeting and asked them whether they had been given the gadgets for their children to play with. 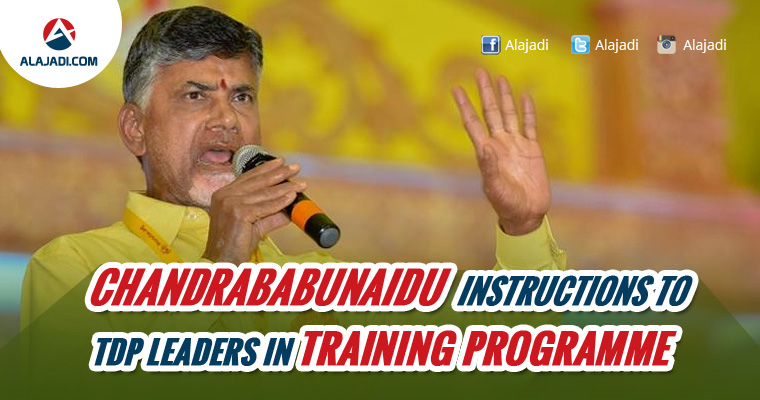 Chandrababu Naidu clarified the iPads weren’t meant for their children to play. He advised them to learn at least after watching him carry his iPad and smartphone wherever he goes. He ordered all the leaders to participate in the 3-day session which include training in computer labs, power point presentation and group discussion.

In the end, Babu cautioned none of the leaders will be allowed to leave unless they pass the examination being conducted on technology. The Chief Minister said all universities in the state would be provided wi-fi facility ahead of the National Science Congress slated for January 3 in the temple town of Tirupati.

At the training programme, officials of different departments are explaining the features of the Command and Communications Centre, the CM Office Realtime Executive (CORE) Dashboard and other technology-driven applications in the government that is shifting to “realtime governance”.