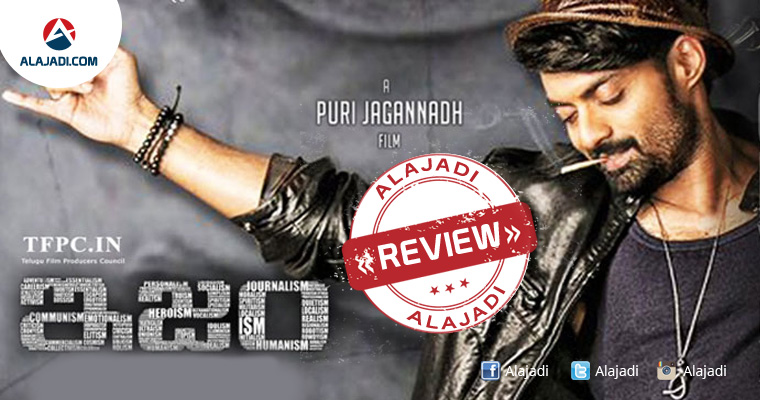 Kalyan Ram stunned everyone when he showcased his six-pack look in the teaser of ISM. The film is being directed by Puri Jagannadh and NTR Arts banner is producing the movie. Miss India World 2015, Aditi Arya made her debut with this film. Kalyan Ram will be seen as journalist in the movie which also stars Jagapathi Babu in a key role. Director Puri Jagannadh provided lyrics for the title song and also crooned a song.

Satya Marthanda(Kalyan Ram) is an easy going youth based in Europe. He falls in love with Alia(Aditi Arya) who is the daughter of a dreaded don Javed Bhai(Jagapathi Babu). Satya tries hard to woo Alia and right when the time both Alia and Javed Bhai approve of his love story, he cheats them big time and leaves back to India.

Who is Satya ? What did he trap Javed Bhai’s daughter ? How is Satya connected to Javed Bhai ? And what is the back story behind all this ? To know answers to these questions, you need to watch ISM on the big screen.

ISM is a very honest attempt from Kalyan Ram and Puri. The Nandamuri hero’s stunning performance, first half, and a gripping pre-climax are major assets. Master Shourya, son of Kalyan Ram, has made his debut as an actor and his portions are also the high points of ISM. Music by Anup Rubens is good in few songs. ISM will surely impress those who love hardcore commercial entertainers with a good message.

Kalyan Ram: He has worked a lot for his physical transformation and has given a brilliant performance, which is the main highlight of the movie.

Aditi Arya: She got a good scope for performance and she has done justice to her role, which is another attraction of the movie.

The film stands out for its superb production values. Anup Rubens’s soundtracks and background score, G Mukesh’s picturisation at beautiful locales, choreography of stunts, and punchy dialogues are the attractions on other fronts. Title justification has to be granted because this “Ism” is all about “Journalism”.