Kajal Agarwal to romance with Kalyan Ram for MLA movie

Producer and actor Nandamuri Kalyan Ram’ next is titled MLA aka Manchi Lakshanalunna Abbayi. Though the abbreviated form for the title suggests that it may be a political film, it is a complete family entertainer, we hear.

The film was announced a couple of months ago but the female lead wasn’t signed up back then. Now things have settled with the team roping in Kajal Agarwal to play Kalyan Ram’s leading lady. Upendra Madhav will be donning the director’s robes for this film and it will be bankrolled by the banners Blue Planet Entertainment and People Media Factory. Veteran comedian Brahmannandam is also included in the star cast. Mani will be composing the track for this family entertainer. 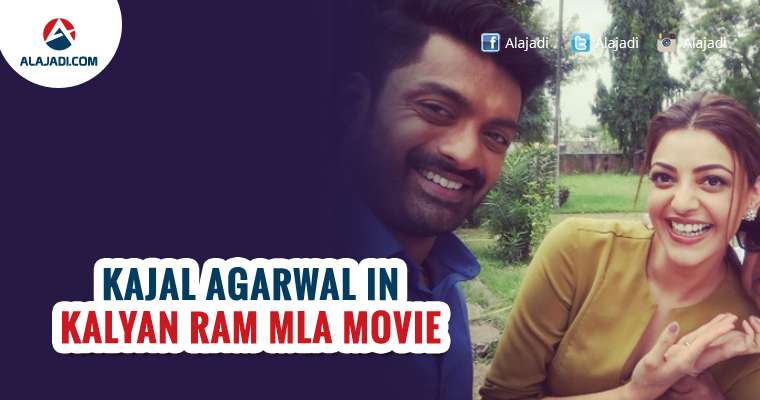 Kalyan Ram’s last outing as a hero was with Ism, which he had produced under his home banner NTR Arts and the film was directed by Puri Jagannadh. Upendra Madhav, who had worked as an associate with directors Srinu Vaitla and Anil Ravipudi in films such as Bruce Lee, Aagadu, Baadshah, Action 3D, Dookudu and Toss, will be making his directorial debut with MLA. The director managed to convince Kaylan Ram to be a part of the project with an impressive script and it is sure to lure the family audiences to the theatres, say sources.

Meanwhile, Kalyan Ram is producing the Jr NTR starrer Jai Lava Kusa under his home banner NTR Arts. Though he had produced several films under this prestigious banner, this is the first time he is bankrolling a film that has his brother in the lead. Jai Lava Kusa is a high budget action entertainer that has Jr NTR in three different roles. The film is directed by KS Ravindra and stars Raashi Khanna and Nivetha Thomas as the heroines. Jai Lava Kusa is due for release on September 21 this year.