Why Kabaddi is not recogniting with all Sports ?

Kabaddi is an ancient game played in many parts of India.The mention of the sport dates back to ancient times and is traced in Indian mythology too. Generally, raiders are considered as bulls who play against the defenders. The essence of the game is the holding of the raiders by the defenders. India’s very own sport – kabaddi – has been the talk of the town ever since the inception of Star Sports Pro Kabaddi back in 2014. Players from all over the world participated in the tournament while the league was watched globally.

However, one thing that kabaddi is not is an Olympic sport. India has been completely dominant in kabaddi at the international level. The Indian national kabaddi team has won all the Asian Games gold medals available in both categories in men and women. But for the Kabaddi team who fought very hard and win world cup 2016 made them disappointed by incentives given by Sports Minister. But Rs.13 crore has been achieved silver at the Rio Olympics PV sindhu has given in the form of cash gifts. Medals awarded at the Olympics for athletes to achieve the most expensive BMW cars. One day, the players paraded. Other state governments have announced a huge reward. What about the Kabaddi Players who participated in world cup 2016? The entire team was given Rs. 10 lakh by the Sports Ministry, and that is it. If you divide it yourself, you will realise the amount is nominal.In terms of each member of the team which won the Rs 67,000/- Only. Ace raider Ajay Thakur scored 14 points against Iran and scripted an unexpected turnaround to help India win the 2016 Kabaddi World Cup. The star, however, is disappointed with the cash reward and recognition that were given to the Indian kabaddi players after their win. 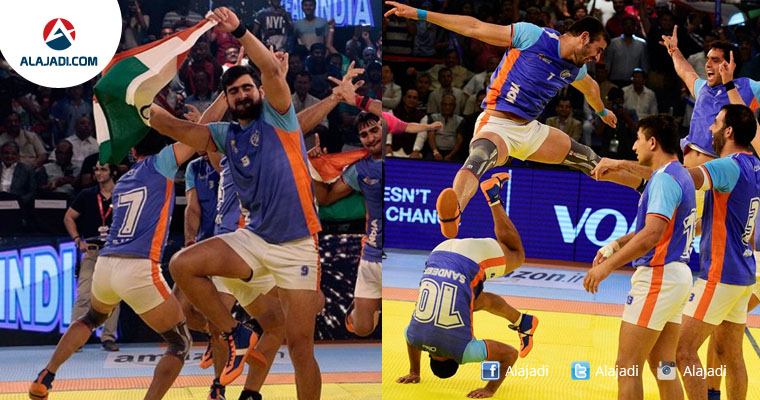 In 2011, the Indian cricket team won the World Cup, each player of the team was given a gift of Rs 1.3 crore. Some corporate industries are given cars and also gave bungalows. But now Kabaddi World Cup-winning players are now given the money, the cash several times higher than the Cricketers.

Thakur eventually finished the game with 12 points, making him the highest scoring raider in the tournament, with 64 points won over seven games. No one is there to honored for the winning the World Cup. At least they do not recognize the state government also, even they did not receive any cash prizes said by Ajay. Honors, honours, rewards we don’t want, just to practice we required ground. Simply set the turf for practice. That’s it we all want. The one who win World Cup players must recognize by the Government, for the country who made proud by the players need to help settle in economically by the government to give government jobs to those who have been demanding the government scholars.