It seems Rajamouli who raised his doubts over “Jyo Achyutananda” is not just a love triangle as it portrayed, seems to be turning out true with the latest poster of the film. From the looks of it, it is understood that the movie is a triangle love story between two brothers and the female lead. The film recently completed its censor formalities and was awarded a clean ‘U’ certification. A new release date poster has been unveiled that suggests a twist in the tale. 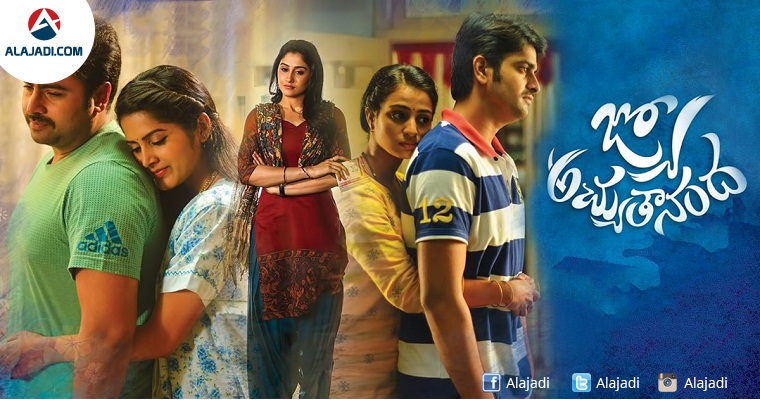 The poster shows Nara Rohit and Naga Shourya with their respective partners apart from Regina. Actor Shashank will be seen in a special appearance opposite Regina who plays a dentist in the movie.

‘Jyo Achyutananda’ appears to be a romantic comedy filled with twists and turns as many characters are unveiled with the release of every poster. The movie is produced by Sai Korrapati on Varahi Chalana Chitram. The film will hit the screens on 9th September worldwide.