A huge star cast, big budget, massive sets, exotic locations – these are the normal clichés that are associated with films of top heroes. These are also the formula followed by distributors when they buy a film’s theatrical rights. But every now and then a film comes along which has none of the routine stuff in it and yet succeeds tremendously. “Jayammu Nischayammu Raa” is one such movie which made movies without any of the normal clichés attached to it that a big star cast film has. 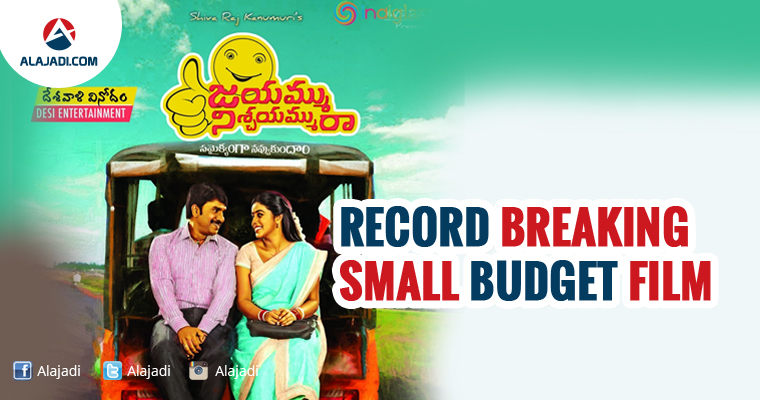 Nara Krishna Reddy of NKR Films has acquired the theatrical and the satellite rights of the film for Rs.7 crores. One can imagine the confidence of the buyer if he is willing to shell out such a big sum for a small budget film that does not boast of any big time names at all. According to trade circles the price it fetched is an indicator of the possible success at the box office. Let’s wait and see.