Jnanpith awardee Dr C Narayana Reddy passed away here on Monday. The litterateur was rushed to the hospital this morning when he developed health complications but was pronounced dead. The death of the 85-year-old poet-author-writer-lyricist and former Rajya Sabha member was condoled by chief minister K Chandrasekhar Rao. 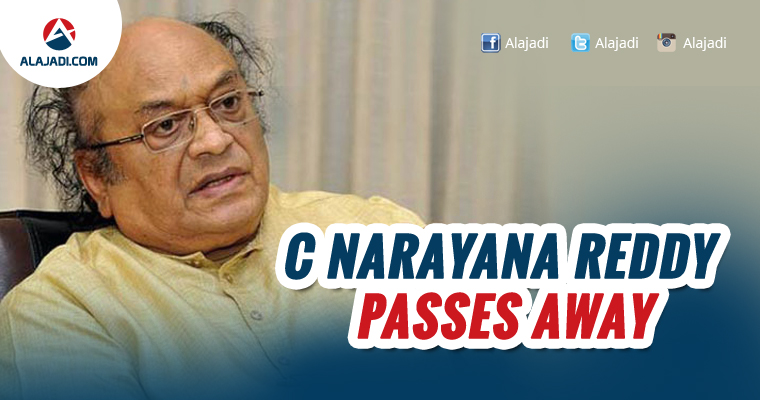 He breathed his last with age-related issues. He was 85. He belongs to Telangana and was instrumental in spreading awareness of literature in the region. Cingireddi Narayana Reddy was born in a remote village of Karimnagar district then in united Andhra Pradesh on July 29, 1931. He had a MA and PhD in Telugu literature from Osmania University where he also worked as a professor. In 1992, he was felicitated with country’s third-highest civilian honour, Padma Vibhushan, and was nominated to the Upper House of Parliament in 1997. CNR was honoured with the prestigious Jnanpith award in 1988 for his poetic work Visvambara which was also translated in three other languages.

Narayana Reddy’s meaningful lyrics for a large number of songs that he penned for Telugu films songs have been a huge hit. For the last few years, he was away from the film industry due to his health condition. Reddy, who was influenced by Urdu language and literature, is also known as an educational administrator. He instituted an award named after his wife Susheela which is presented annually to the female writers.