It’s been three days since Jayasudha lost her beloved husband Nitin Kapoor. 58 year old Nitin Kapoor had committed suicide on March 14 by jumping off from the sixth floor of his apartment in Mumbai. Nitin was reportedly depressed. Entire Tollywood was shocked by the extreme step taken by Nitin who was usually soft spoken-friendly person. 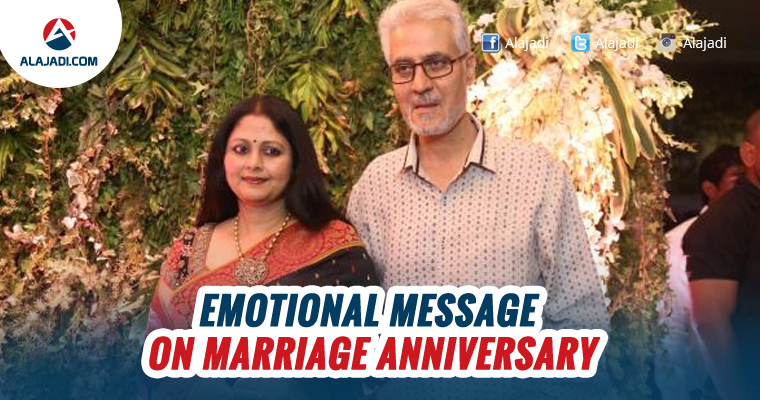 In her first ever message after her husband’s demise, Jayasudha posted a heart wrenching message today on social networking page which coincides with their 32nd wedding anniversary. Jayasudha recalled her husband Nitin and reminisced the beautiful times she spent with him.

Jayasudha confirmed that her husband Nitin was depressed and termed it as an ‘overpowering medical condition’. She thanked all people who stood by her side during this tough time. Jayasudha said that she believes her husband is in the company of angels and that he is finally at peace. She added that wherever he is, he keeps protecting them with his unconditional love.

She also opened up on the issue of depression, which is said to be the reason for the suicide of her husband. “Depression is a real and very overpowering medical condition,” she said.