The Most Awaited Film of Junior NTR Jai Lava Kusa Which is Directed by KS Ravindra (Bobby). The Film is produced by Nandamuri Kalyanram under the banner NTR Arts. The Movie Features with NTR, Nivedha Thomas and Raashi Khanna, Ronit Roy, Nanditha Raj, Abhimanyu Singh, Hamsa Nandini and Priyadarshi in key roles. Actor NTR For First Time plays triple role in the film and his characters’ names are Jai, Lava and Kusa. Today Filmmakers Going to Release first teaser will introduce Jai’s character and the other two teasers will introduce the other two characters. 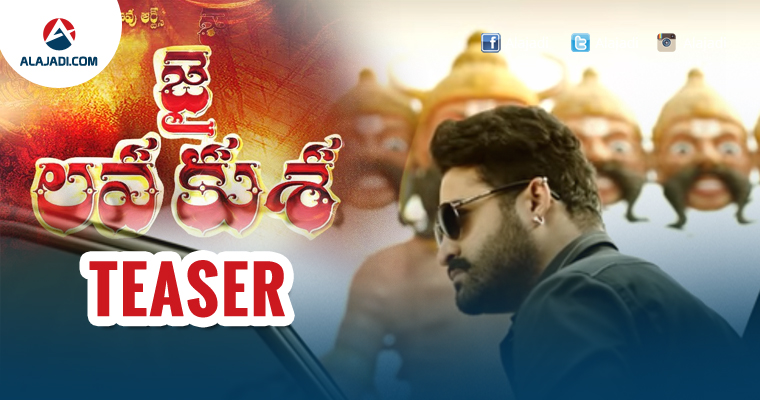 Jr.NTR’s makeup for three characters is done by Shutter Island and The Lord of the Rings trilogy fame Vance Hartwell, a Hollywood makeup artist. Fans of the young tiger are an excited group and are eager to see their favourite star on the big screen in three different since Jr NTR is known to be a powerful and intense actor. The first teaser is going to give a glimpse of Jai Character. Scroll Down Below and Watch Most Awaited Jai Lava Kusa Movie Teaser.

The makers have brought a new dimension to promoting this film by planning to release three different teasers separately for each character that Jr NTR is playing in Jai Lava Kusa. And one of those teasers will be releasing today which will of one of the characters –Jai.There is so much euphoria in the social media as netizens are eagerly waiting for the release of the first teaser. As Jai character is reported to have negative shades, fans have high expectations on the Jai teaser.

The field where Jr NTR has alighted, has a massive statue of Ravana, of the kind you set fire to during Dussehra, but our hero (or anti-hero, as he seems to be in this film) pays obeisance before it.Then, he proceeds to his real business of the day, making quick work of the baddies there, before delivering the punchline: “To kill that Ravana, you had to cross the ocean. But to kill this Ravana, you need an ocean of courage.”

The movie also has Nanditha Raj and Hamsa Nandini in supporting roles. The Bollywood actor Ronit Roy will be seen in the role of antagonist. The music lovers are eagerly waiting for the audio launch event as it is composed by Rock Star Devi Sri Prasad. The cinematography is by C.K. Muraleedharan. The film is scheduled to be released on September 21, 2017.