India’s Ravindra Jadeja edged out Bangladesh’s Shakib Al Hasan to become top-ranked Test all-rounder as per the latest ICC rankings. Jadeja’s knock of 70 not out and a seven-wicket haul during the second Test against Sri Lanka at Colombo have seen him dethrone Shakib to take the top position among all-rounders for the first time. The top-ranked Test bowler Jadeja has also gained nine places to reach 51st rank among the batsmen. 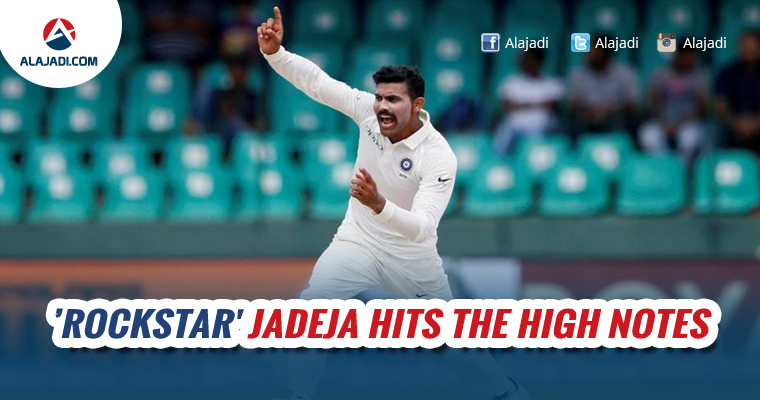 Jadeja has 438 points, while his team-mate Ravichandran Ashwin is on third position with 418 points.

Here are the top five all-rounders:

India batsmen Cheteshwar Pujara and Ajinkya Rahane have also earned notable improvements after their centuries in the Colombo Test. Pujara’s 133-run knock in his 50th Test has helped him to a career-high 888 points and third position while Rahane has moved from 11th to fifth position with a score of 132. Pace bowlers Mohammad Shami (up three places to 20th) and Umesh Yadav (up three places to 22nd) have made notable gains. India rode on a superb bowling performance and finished the second Test with a day to spare, trouncing Sri Lanka by an innings and 53 runs to take an unassailable 2-0 lead in the three-Test series.

Jadeja had figures of 5/152 while Ashwin returned 2/132 while medium-pacer Hardik Pandya also claimed two wickets. Jadeja received the man of the match award for his seven-wicket haul and an unbeaten 70-run knock.