The Indian Space Research Organisation (ISRO) as launched a record of 104 satellites in one go on Wednesday morning on board a single rocket from the Satish Dhawan Space Center in Sriharikota, Andhra Pradesh. The space agency began the countdown for the launch of the Polar Satellite Launch Vehicle (PSLV)’s 39th flight on Tuesday after the Mission Readiness Review committee and Launch Authorization Board gave its approval for lift off. 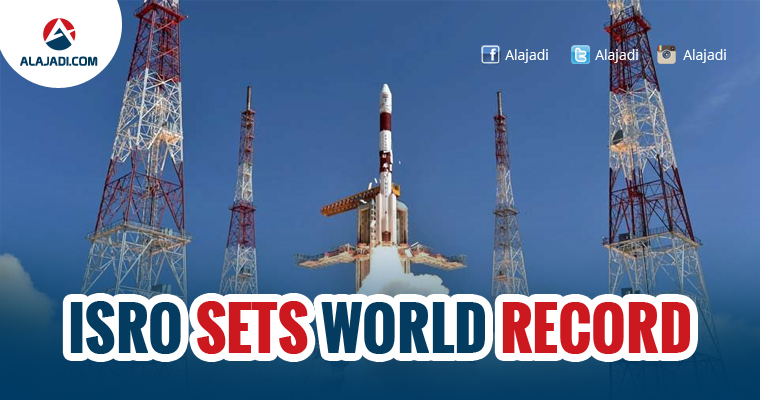 PSLV-C37, which was on its 39th mission, took off at 9:28 a.m. and it is carrying the 714 kg CARTOSAT-2 series satellite for earth observation, along with 103 co-passenger satellites. With the successful launch today, India scripted history by becoming the first country to launch more than 100 satellites in one go. ISRO made its second successful attempt after the launch of 23 satellites together in June 2015.

The record for the most satellites launched in a single mission is 37 by Russia in 2014. Last June, ISRO sent up 20 satellites in one go, its personal best. It is using the same rocket this time the XL version of the popular Polar Satellite Launch Vehicle (PSLV), to push the boundaries of efficiency and effectiveness in space launches. Of the 104 satellites, 101 satellites were from international clients. Of the 101 international co-passenger nano-satellites, 96 are from the US, and one each from Israel, Kazakhstan, the Netherlands, Switzerland and the United Arab Emirates. The weight of all the satellites at launch totals 1,378 kg. 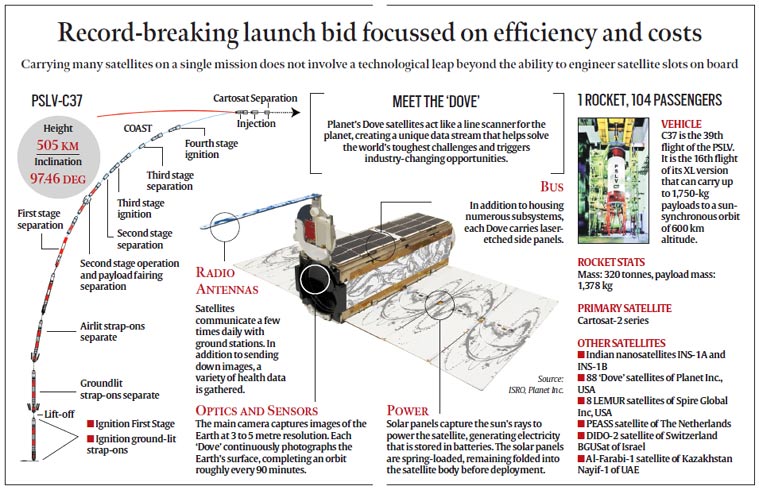 like the ‘Cubesats’ that measure 10 cm x 10 cm x 10 cm and weigh between 1 kg and 10 kg  becoming the norm, it is possible to load more and more of them on to a single rocket. Satellites that are even more small and light are becoming popular too, and are being used for a variety of space applications. After the launch, PM Narendra Modi congratulated ISRO team for successful launch of 104 satellites: space agency chief A S Kiran Kumar.