Indraganti Next With Adivi Sesh And Avasarala

Indraganti Mohana Krishna is a neat, clean and entertaining filmmaker.  He is one among such filmmakers, who never runs behind the mass masala commercial entertainers, but always directs classy films with subtle emotions. After Nani’s Gentleman, now he is going to make a hilarious entertainer with Adivi Sesh, Avasarala Srinivas as leads and Vennela Kishore in a special role. Producer K.C. Narasimha Rao is bankrolling the movie under Green Tree Production No. 1, banner. 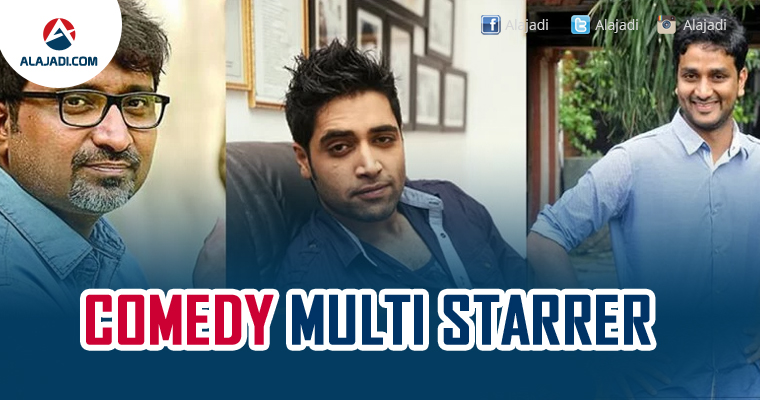 He is all set to begin the next film shooting from February 1st and it’s a multi starrer. After the last hit Gentleman starring Nani, talented Indraganti is beginning his next out and out hilarious entertainer with Adivi Sesh, Avasarala Srinivas and Vennela Kishore (in special role).

Earlier Indraganti Mohan Krishna was supposed to direct a movie for Akkineni Naga Chaitanya but as  the actor has multiple project in his kitty, is not able to allot the dates by the end of this year, so the director decided to start his next project. In a recent statement released by the producer, K.C. Narasimha Rao stated, I’m happy to start Green Tree Production No. 1 with Indraganti Mohana Krishna. In this film, Adivi Sesh, Avasarala Srinivas are playing as the main leads while Vennela Kishore will be seen in an important character. Melody Brahma, Mani Sharma is composing the tunes and regular shooting will start from February 1. Popular technicians Marthand K. Venkatesh and P.G. Vinda are working as editor and cinematographer, respectively.