Another Indian girl makes us proud by winning Junior World Wrestling Championships in Tbilisi, Georgia. There’s no stopping sporting success for India at the world stage. After owning successes at the Rio Olympics and Paralympics, India’s girls are continuing their bid to make the nation proud. Her senior Sakshi Malik won a bronze medal at the Rio Olympics, but India’s cadet wrestler Manisha, fighting in the 16-17 age group category, has done better, winning the gold in the 38kg category for women at the wrestling Cadet World Championship 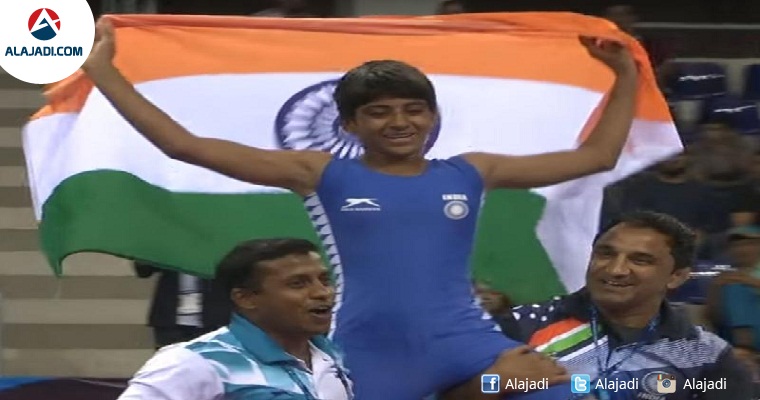 Female athletes from India have been on the rise with tremendous accomplishments. They are giving a bold answer to all the patriarchal critique which comes along their way. Manisha beat Bulgaria’s Petya Zarkova Delcheva 5-4 to win the final. She took an early 3-0 lead within the first minutes of the bout, lunging aggressively at her opponent’s legs and bringing her down to the floor for her points. She spent the rest of the first round in attack mode, with Delcheva defending grimly.

Watch the final of the Junior World Wrestling Championships in the video below: