At a time when several reports have claimed that people are having trouble in organising their wedding functions due to the cash crunch after demonetisation of old Rs 500 and Rs 1000 notes, an IAS couple has set an excellent example by getting married for just Rs 500. 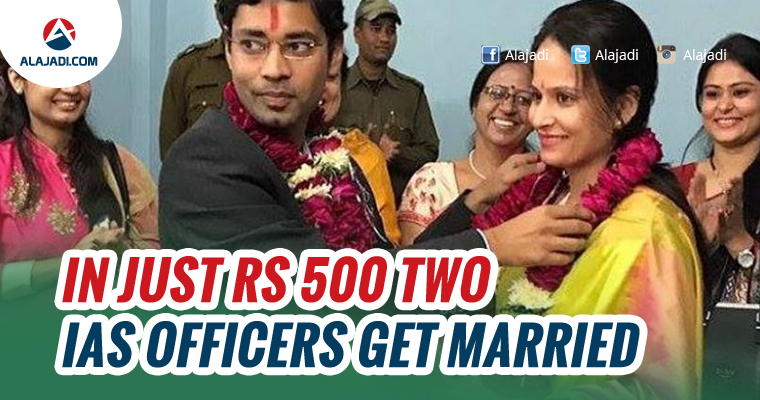 The Rs 500 they spent on the wedding was their fee to the ADM court in Bhind, Madhya Pradesh. MP cadre IAS officer Ashish Vashishta is presently posted as the SDM in Gohad while his love interest is posted as SDM in Vijayawada. Both of them had cleared the IAS exam in 2013 and they came closer during their training at Lal Bahadur Shastri National Academy of Administration, Mussoorie. Graduates of the 2014 IAS cadre Ashish Vashisht and Saloni Sadana fell in love during their training at the Academy of Administration in Mussoorie.

Ashish applied with a notice of intended marriage to the Additional District Magistrate (ADM). This was approved on 28 November. Saloni reached Madhya Pradesh and they signed the marriage declaration after garlanding each other. ADM TN Singh declared them as husband and wife. Illaya Raja also graced the occasion and signed as a witness, as reported by Pradesh 18.  A new chapter of their journey has begun.  They served the guests with ‘chai and paani’ (tea and water).