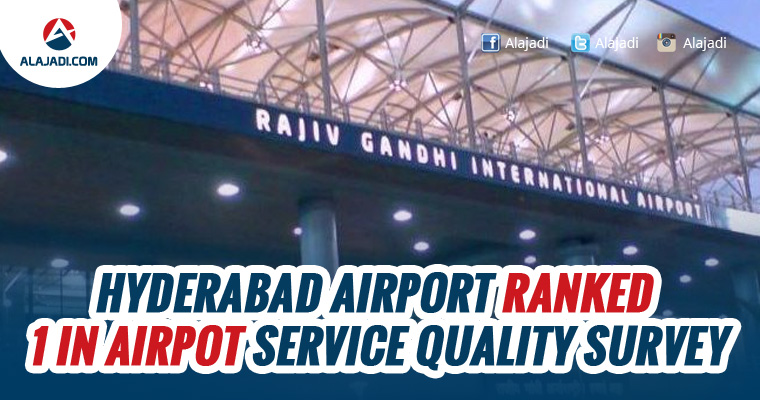 The ASQ survey statistics shows that Hyderabad airport has steadily improved its score from 4.4 in 2009 to 4.9 in 2016 (measured on scale of 1 to 5). Hyderabad airport also has the honor to be the first airport in India to have been awarded by ACI. The Director General’s Roll of Excellence in Airport Service Quality in 2014 for consistently earning the top five ranking in its category in the ASQ for five years in a row.

GHIAL CEO SGK Kishore said that they are delighted and honored to be ranked number one. While the recognition has definitely made all of us proud, but we have still miles to go. Hyderabad Airport, running in to its 9th year of operations, is designed to cater to 12 MPPA. It has witnessed a growth of more than 20 per cent in the last year with a passenger throughput of close to 15 MPPA in CY 2016, he said. We soon plan to go for expansion of the airport, where it can enhance its capacity to meet 20 MPPA. As interim measures to manage the current traffic growth, reorientation of various passenger check points within the terminal is being tried and undertaken, he added.