The sale of plastic Rice has been reported in Hyderabad which sent shock waves among people and alerted Telangana state government. The sale of plastic Rice came to light based on a complaint lodged by a local in Hyderabad to the police that a grocery store sold plastic Rice to him. Taking serious note of it, police and civil supplies department immediately swung into action and raided some shops. Samples collected from the shops which has been sent to laboratory to ascertain the quality of rice. 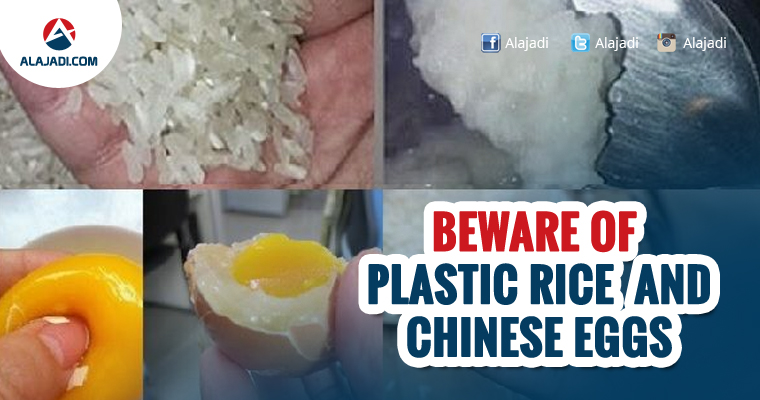 Soon after the news spread in media, another report went viral on social media that plastic rice is being sold in Visakhapatnam also and forced the official to launch raids. If the reports are believed to be true, the sale of artificial Chinese Eggs is also taking place in some parts of Hyderabad. Recently, China Plastic Rice Found At Boys Hostel In Yusufguda, Hyderabad. Boys alleging that owners of the hostel are not responding to the issue. Boys in the hostel are making the cooked rice into small balls and playing as Cricket as the plastic rice balls are bouncing when hit by Cricket bat. The officials already launched investigation into the smuggling of artificial eggs.

Rumours of plastic rice and the continuous flow of posts, videos and messages on social networking sites, particularly Facebook and WhatsApp, created panic in everyone. Even as the reports are yet to be verified, officials in the state are taking no chances. The department of weights and measures (W&M) is planning to keep a tab on this novel method of rice adulteration by forming a special enforcement team.