Since February 15, the day when Sasikala stepped into the Agrahara central prison, she has been flooded with letters accusing her of killing Jayalalithaa. AIADMK leader V K Sasikala, who is serving jail term after her conviction in the disproportionate assets case has received over hundred hate mails accusing her of killing former and late chief minister J Jayalalithaa. According to a source from the Parappana Agrahara central prison, Bengaluru, the letters also bear angry curses which the writers have said will haunt Sasikala forever. 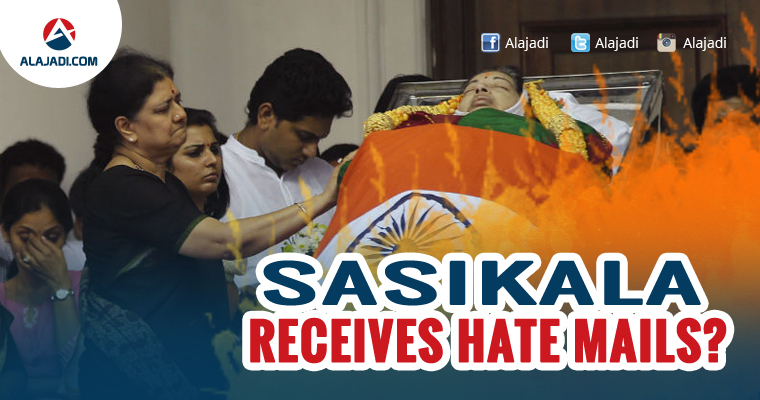 The letters accuse Sasikala of hatching a plot to murder late Tamil Nadu CM Jayalalithaa. The writers believe Jayalalithaa had no reason to die and it was a planned murder. More than 100 letters, written in Tamil and addressed to Sasikala, Central Prison, Parappana Agrahara, Bangalore 560100. A prison source quoted from a letter: “You have killed our Thalaivi, our beloved amma. You are an ungrateful and unfaithful woman and back-stabber. You betrayed a person who gave you life and everything. Remember, you will have to suffer for your bad deeds. You will suffer inch by inch and repay for everything you have done.

While Sasikala reads the letters, which seem to be a bit political too, Sasikala’s companion J Ilavarasi carefully sifts through them and destroys the abusive ones. In fact, a source reported that while Sasikala would read all the letters in the beginning, she eventually stopped reading them as most were abusive in nature. They found the letters have come from different parts of Tamil Nadu – Salem, Dharmapuri, Madurai, Dindigul, Karur, Tiruchirapalli and Villupuram. There are fewer letters from Chennai.