The government has roped in Bollywood megastar Amitabh Bachchan to promote Goods and Services Tax (GST), ahead of the sweeping tax reform’s implementation scheduled from July 1. The Central Board of Excise and Customs will be making the 74-year-old Bachchan brand ambassador for GST. A 40-second video featuring him has already been shot and is being circulated. In the promo, Big B explains GST will create a unified national market – ‘GST: One Nation – One Tax – One Market’. 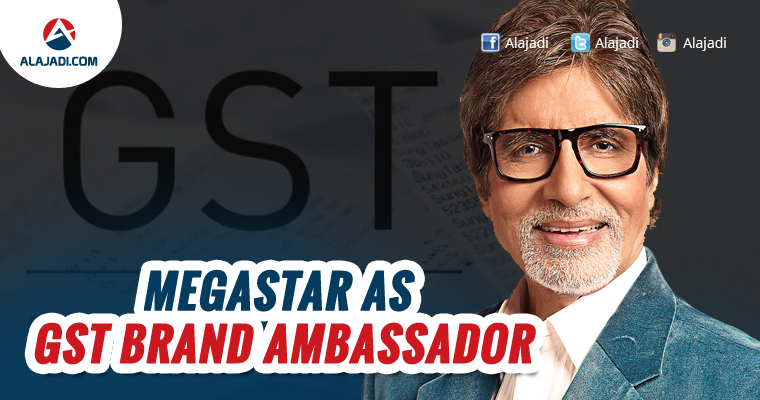 The rollout of the biggest tax overhaul since independece entered its final phase. Olympic-medal winning badminton player PV Sindhu was previously the GST ambassador. GST will simplify a web of taxes, regulations and border levies by subsuming an array of central and state levies including excise duty, service tax and VAT. It is being dubbed as the most significant economic reform since BJP government came to power in 2014 and is expected to add as much as 2 percentage points to the GDP growth rate.

A four-rate structure that exempts or imposes a low rate of tax 5 per cent on essential items and top rate of 28 per cent on cars and consumer durables has been finalised. The other slabs of tax are 12 and 18 per cent. GST also represents an unprecedented exercise in fiscal federalism. The GST Council, that brings together the central and state governments, has met 17 times to thrash out how the tax will work.

“GST – An initiative to create a unified national market,” the finance ministry said in a tweet, attaching the video.