Director Sripriya impressed everyone with the hit film Drishyam. She is now back with yet another project Ghatana which has been waiting for a release for quite a long time. The film has finally released today. Ghatana is the dubbed version of the Tamil film Malini 22 Palayamkottai. Ghatana Movie is essentially a revenge drama. 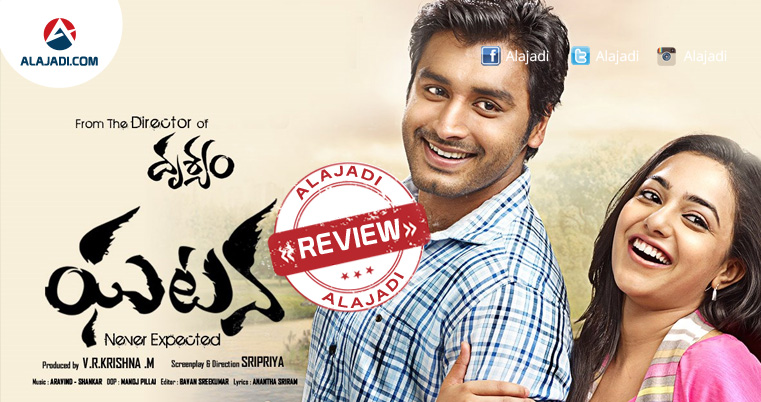 Ghatana is the story of a girl named Malini (Nitya Menon) who wants to go to Canada in order to fulfill her dreams. However, her life changes when she falls in love with Varun (Krish J Sathar). When she falls in love, a twist comes into her life and changes everything.

Though the script is taken from Malayalam movie itself, there is an honest attempt to make this genuine remake film here in Tollywood. It has been presented very well, especially with the top notch screenplay. The outdated storyline and routine revenge drama disappoint things even more. The only saving grace of the film is Nithya Menen who delivers a superb performance and makes this film watchable only for her.

Nitya Menen: She gave her career best performance in this film and is getting a great response. She looks gorgeous and brings in a whole lot of depth to the film.

Krish J. Sathaar: He is lovable in his role and this young actor does his role wonderfully. His looks and the way he showcases a carefree attitude in the film is awesome.

Naresh is very good in a supporting role and brings a balance to the film. Kota Srinivasa Rao once again rocked with his natural acting skills and performed well in his role.  Remaining actors perform their roles well.

The director, Sripriya should be applauded for attempting a concept like this. After Drushyam she came up with yet another interesting plot and succeeded in filming the story with gripping narration. The music from Aravind-Shankar is quite good. Manoj Pillai should be applauded for his camera work as he recorded the scene based on its mood.