Get ready for #AsliPanga from June 25

Pro Kabaddi takes this traditional game Kabaddi into a whole new level. No one expected Pro Kabaddi would win the hearts of rural India, when its first season started in 2014. Pro Kabaddi League is increasing its popularity season by season and now entering into its fourth season.  Pro Kabaddi season 3 became a megahit and brought profits to all the teams. Pro Kabaddi season 3 is won by Patna Pirates against U Mumba.

The much waited Pro Kabaddi season 4 to be start on June 25th 2016 with an opening match between Puneri Paltans and Telugu Titans. Same as previous seasons all eight teams are playing in season 4 and Kabaddi lovers are expecting more fun and nail biting matches this season too.

All the matches are live telecasted in Star Sports and some local channels across India and here are full season fixtures. 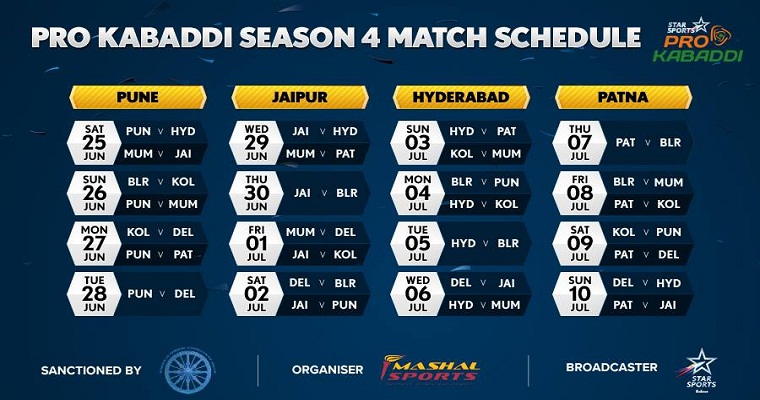 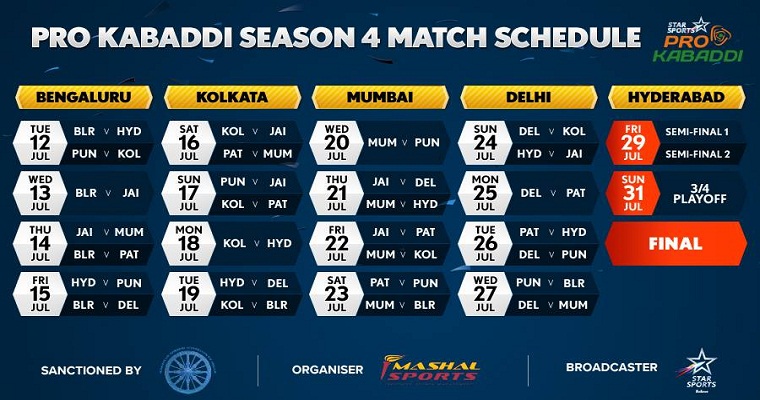