The trailer of Ganta Ravi Teja and Malavika Raaj-starrer “Jayadev” has been unveiled yesterday by none other than Mega Star Chiranjeevi at a grand gala event held in a star hotel in city. Living up to all the buzz, first-time Ganta Ravi impressed one and all with his macho looks. Ravi is seen as a serious and ferocious cop. Clad in Khaki, with mustache, Ravi resembled a quintessential cop. Director Jayanth C. Paranjee, who is known for churning out several blockbusters with many stars, has taken a safe path of a cop story. 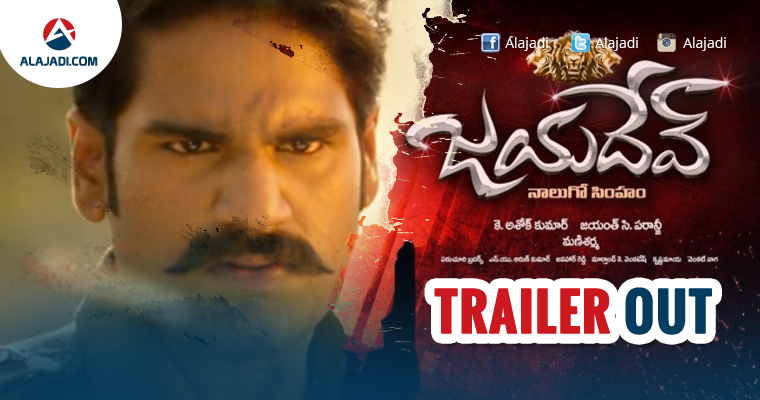 However, unlike regular cop dramas, the hero doesn’t have a personal vengeance and his motive in the film is larger-than-life – to solve a problem in society. Ganta Ravi picks a story of a dutiful inspector and especially the scenes involving Ganta Ravi, Posani Krishna Murali are said to be highlight of the film.

Miss Indian contestant and Bollywood actress Malavika Raaj, of Kabhi Khushi Kabhi Gham fame, sizzled in the film with her glam show. She revved up the glam quotient. Javahar’s camera is brilliant and the visuals are pretty colourful. Mani Sharma’s music and Marthand K Venkatesh’s editing deserve special mention. Ganta Ravi didn’t impress at all. But, we have to wait till we watch the full movie as the original was a super hit and a proven subject might have that quality to hook the audiences if done properly.

Versatile actor Dr Mohan Babu has launched the film’s music and the first CD was handed over to veteran filmmaker K. Raghavendra Rao. The film’s music was launched on Mango Music label. The songs in the album are pretty good and Mani Sharma has recreated his magic once again.