Farmers in Madhya Pradesh’s Sheopur district were taken by surprise when they were handed Rs 2000 notes which did not have the image of Mahatma Gandhi. The farmers were handed the new notes from a local branch of the State Bank of India. When they approached bank officials, the farmers were told that the notes were genuine and the omission of the image was due to a “printing error”. The bank, however, agreed to take back the notes. 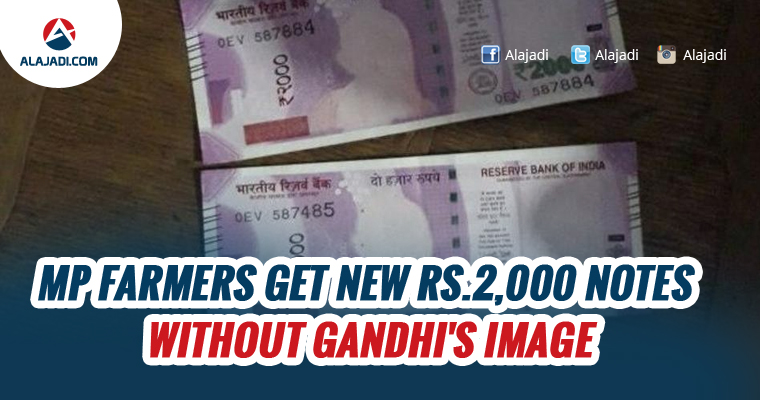 Following the note demonetization of 8 November 2016, the new Rs 500 and Rs 2000 notes went into circulation. While the demand for the new notes remains much higher than their supply, they have reasonably entered popular usage  though rates of their prevalence in rural areas are abysmally low.

However, the new notes were riddled with errors and mistakes in many parts of the country. There were also many instances where there were fake, counterfeit versions of the new notes.

Below are a few of the examples of the errors found in the new notes.