Panjab University (PU) has offered Chair Professorship to former prime minister Dr Manmohan Singh, Nobel Laureate Kailash Satyarthi, noted economist Professor Yoginder K Alagh and Padma Bhushan awardee Ela Bhatt at the varsity. Our former PM who had desired to know if his job draws any disqualification as an MP under a law that prohibits lawmaker from holding positions with monetary benefits. 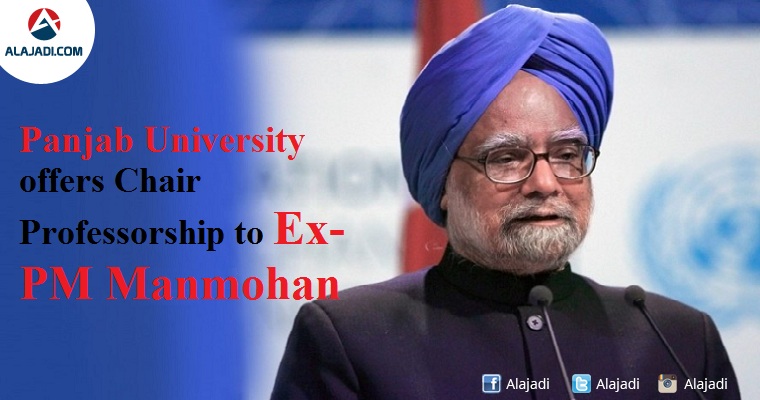 The decision was taken in a Syndicate meeting held Saturday. PU Vice-Chancellor Professor Arun Kumar Grover presided over the meeting. Prof Yoginder K Alagh has been nominated as Chair Professor of the Dr Manmohan Singh Chair and Ela Bhatt as Chair Professor of the Mahatama Gandhi Chair at the university. As per sources, there will be no fixed salary, Singh will only draw a daily allowance of Rs. 5000 which will not oppose the office of profit law. The constitution prohibits legislators or parliamentarians from holding positions with monetary or non monetary benefits.

Singh, was Prime Minister for ten years till Narendra Modi succeeded him in 2014, serves as a Rajya Sabha  member from Assam. Singh has acquired his Masters degree from Panjab University in 1954 and joined back as a senior lecturer in 1957 and became professor in 1963. Singh is now likely to accept the offer to head Jawaharlal Nehru chair which was vacant for a long period, as announced by the university in April.