Farmers Can Use Rs 500 Notes to Buy Seeds

The government on Monday allowed farmers to purchase seeds with the demonetized bank notes of Rs. 500 value. The seeds, using old notes, can be bought from the outlets of central or state governments, state-run enterprises and national or state seeds companies and agricultural universities upon furnishing a valid proof of identity.  The government is committed to ensure that the farmers are suitably facilitated during the Rabi season, an official statement said. 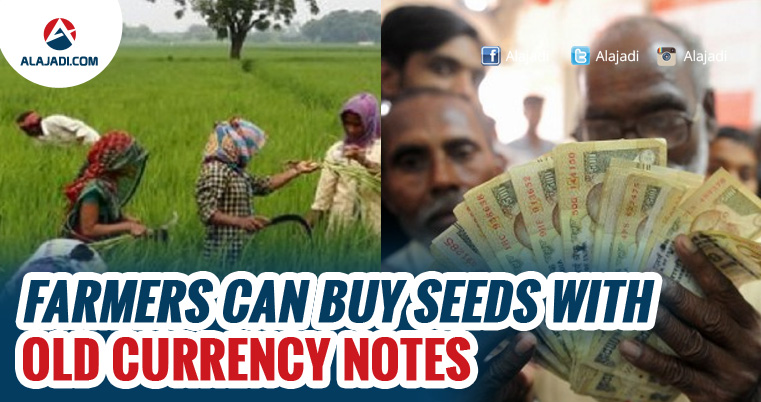 Days after allowing farmers to make cash withdrawals up to Rs 25,000 per week against sanctioned crop loans, the Center on Monday announced that they will now be allowed to use old high denomination notes for purchasing seeds. Farmers can now use old Rs 500 notes at state-owned outlets towards the purchase of seeds, the Finance Ministry said in a statement.

Farmers can purchase seeds from the centers+, units or outlets belonging to the central or state governments, public sector undertakings, national or state seeds corporations, central or state agricultural universities and the Indian Council of Agricultural Research (ICAR), on production of proof of identity, the finance ministry said in a statement.

Besides, the government has also extended the deadline for payment of crop insurance premium by 15 days and permitted APMC-registered traders to withdraw up to Rs 50,000 per week. Further relaxing cash withdrawal norms, the Reserve Bank today said overdraft and cash credit account holders can now withdraw up to Rs 50,000 in a week. The Reserve Bank further said the Rs 50,000 withdrawals may be disbursed predominantly in Rs 2,000 denomination bank notes.