Tamil star Jiiva and Kajal Aggarwal starrer upcoming romantic entertainer movie Enthavaraku Ee Prema is going to hit the theaters on 7th April 2017. It is the Telugu dubbed version of Tamil movie Kavalai Vendam. The movie was supposed to have a release long back but due to  unknown reasons, the release got delayed. 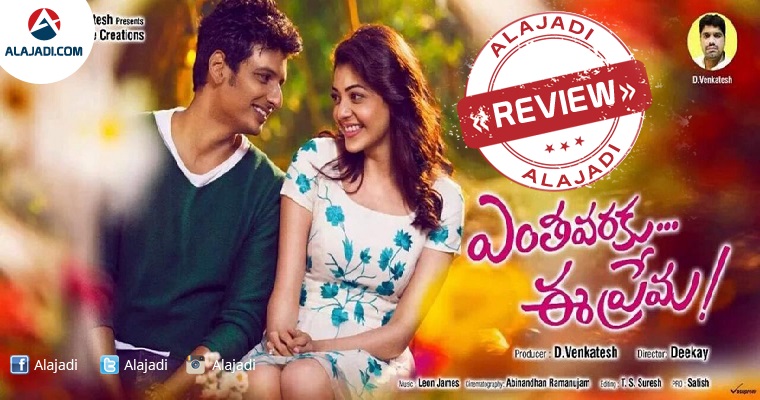 The story is about the recent married couple and their life before the divorce. Jiiva (Aravind) is a flirt who falls in love and marries Kajal Aggarwal(Divya). They have an argument and Divya breaks up with Aravind near a liquor outlet. She returns to his life after a long time only to seek the divorce from him. He takes a blank cheque from her and puts another condition for signing the divorce papers. Here in other side Deepa (Sunaina) has one side love with Aravind. What happens next? Is rest of the story to be watched in big screen.

The movie was pegged as a new age rom-com. It promised a refreshing take on love and relationships. Also, the new pairing Kajal–Jiiva had excited fans. Overall, The new-age romantic comedy is a fun filled ride apt for the young generation.

Jeeva: He  has churned out a neat performance, well characters like Aravind are nothing news to him and he has done it with ease.

Kajal Aggarwal: She is beautiful on screen and gave award-worthy performance.

Bobby Simha: He is good in his stylish avatar.

Entharavarku Ee Prema is a romantic comedy film written and directed by Deekay.  It is the dubbed version of Tamil movie Kavalai Vendam which is released on last year and got a decent hit talk from the audience. The camera work for this movie has been specially praised for capturing great locales beautifully.