Single crocodile tries to take on herd of elephants

An epic battle unfolded in nature when a fearsome killer a crocodile took on an elephant out walking with its herd. A tourist captured the dramatic footage in Liwonde National Park in Malawi, which initially tracks a pack of elephants roaming across the plains to take a drink from a river. 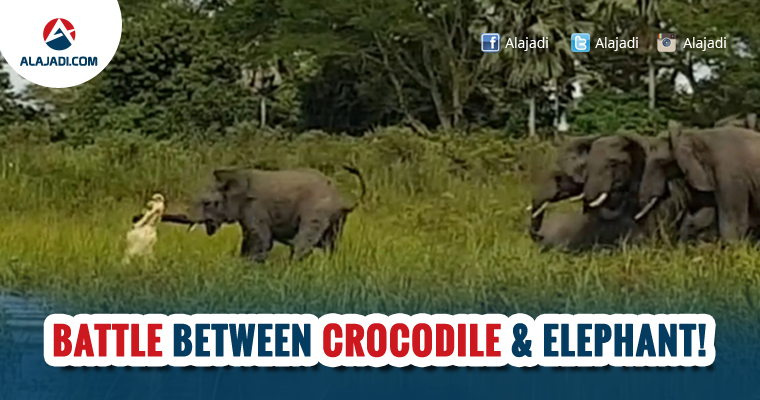 With a baby elephant out front, the youngster is quenching its thirst when the mammoth beast launches itself from the water. Looking for its next meal the crocodile grabs the elephant by the trunk as the herd scramble back in panic. The giant reptile can be seen thrashing around as it tries to take down its prey, with the baby whirling around in panic trying to shake itself free. It drags its would-be killer back onto land in its distressed state as the crocodile clings on. The violent exchange forces the remaining elephants to huddle together, and for a few tense moments it looks as if the baby may be on the menu as it fights the crocodile solo.

Tourists can be heard gasping on the clip as they witness the epic life and death battle playing out in front of their eyes. But in a twist of fate the herd of mammals – including a baby – decide to fight back and charge the croc stamping on it viciously until it lets its prey go. Alexander Makanga, a Malawi-born biomedical scientist now living in the UK, shot the stunning clip earlier this month. He and his group watched the showdown from a boat while on safari, reports the Daily Star. Since being posted online it has been viewed more than 100,000 times.