Nayanthara is recently acted in Dora flick which was made in Kollywood. Doss Ramasamy is the director of the film while it produced by A. Sarkunam and Hitesh Jhabak. Thambi Ramaiah, Harish Uthaman and other artists are acted in the project. Makers will be releasing Dora movie with the same titled in Tollywood. Vivek Siva and Mervin Solomon are jointly gave music score to the film and the DOP has been managed by Dinesh Krishnan. Gopi Krishna has edited the film. The horror and thriller genre movie Dora is scheduled for release on March 31, 2017. 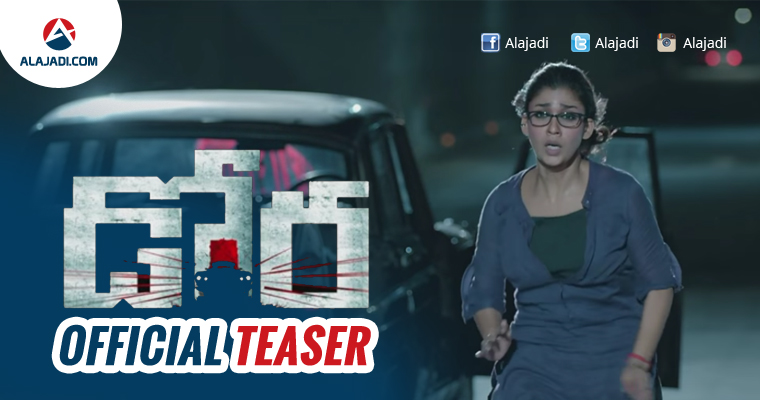 Going by the teaser, the film is all about a soul in a car that has come for the girl (presumably for Nayanthara) on a purpose. Who is the soul? Why is it after the girl? How she is going to tackle the soul? The film is expected to answer these questions. And importantly, it’s Nayan’s show all the way. She’s seen throughout the teaser and this says that she’s going to capture a large part of the screen space in the film.

Earlier, unit members are unveiled poster of the film which earned good response from the people and mainly Nayanathara fans. Recently, makers are revealed Dora Telugu movie teaser on social media which is creating lot of hype among the audiences. They also add that the teaser was quite crisp with sharp cuts and it has raised the curiosity levels in a big way. As always, Nayan looks graceful even in her deglam avatar but the fear factor is also high. Unlike the routine creepy stuff, Nayan seems to be offering something new through Dora. Overall, the teaser has scored well.