Dhoni removed as Pune captain, Steve Smith to take over 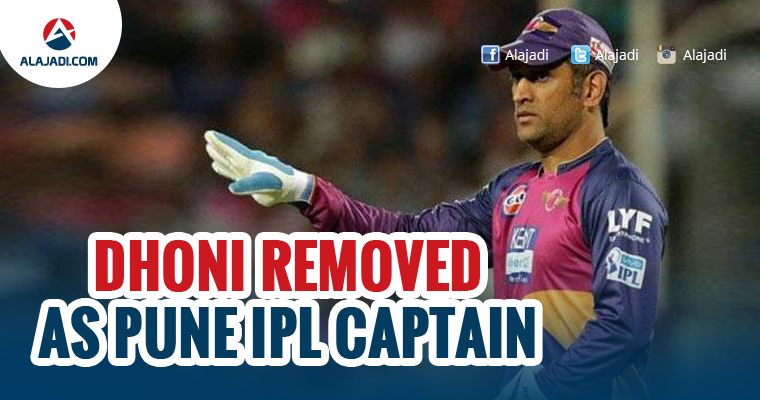 Steve Smith, who is a highly experienced international captain, will take the mantle from the wicket-keeper in the upcoming season.Sources says that Dhoni has been informed of the decision by the franchise. The former India skipper has reportedly said that he will give his full co-operation to Smith in the 2017 IPL

The most expensive player of the tournament that began in 2008, Dhoni also has been among the most successful. The decision comes a day before the IPL 2017 player auctions to be held in Bengaluru. The wicket keeper-batsman has been the skipper of an IPL team since 2008. He first led Chennai Super Kings from 2008 to 2015, and then took charge of Pune Supergiants in 2016 after the Chennai franchise was suspended. Dhoni has played in 143 IPL matches scoring 3271 runs. Dhoni is one of only three captains to win the IPL twice with Gautam Gambhir (Kolkata Knight Riders) and Rohit Sharma (Mumbai Indians) being the other two.