Demonetisation has not affected in Tirumala temple hundi

Demonstration has not affected the flow of cash, gold and silver offerings at the hundi of the famous hill shrine of Lord Venkateswara, at Tirumala in Tirupati. Demonetization has only increased the cash flow into Tirumala Hundi. Since November 9th, About Rs 30.36 crore has been offered by the devotees. That’s an increase of Rs 8 crore when compared to the offering during the same period last year. 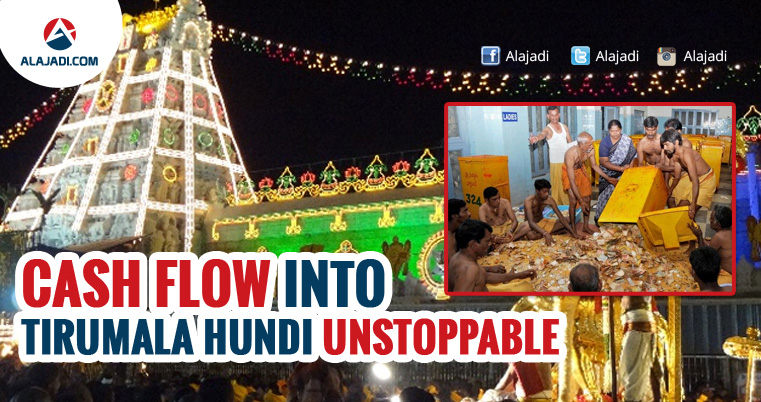 Every year, Tirumala receives cash offerings around Rs 1,000 crore. The highest single day cash offerings of Rs 5.73 crore was received on the eve of Sri Rama Navami in 2012. Even offerings in the form of silver and gold amount to several hundreds of crores. It was the highest collection ever in the hill shrine’s history, besides other precious offerings.