Announcing the quantum of punishment in 2013 Dilsukhnagar blasts, which had claimed 18 lives, a special NIA court in Hyderabad on Monday said that all the five convicts including Indian Mujahideen co-founder Yasin Bhatkal will be hanged. As many as 18 people were killed and 131 other injured in two bomb blasts in the shopping area of Dilsukhnagar on February 21st, 2013. Terrorists have parked Two Cycles with IEDs at crowded places in the city for powerful explosions. 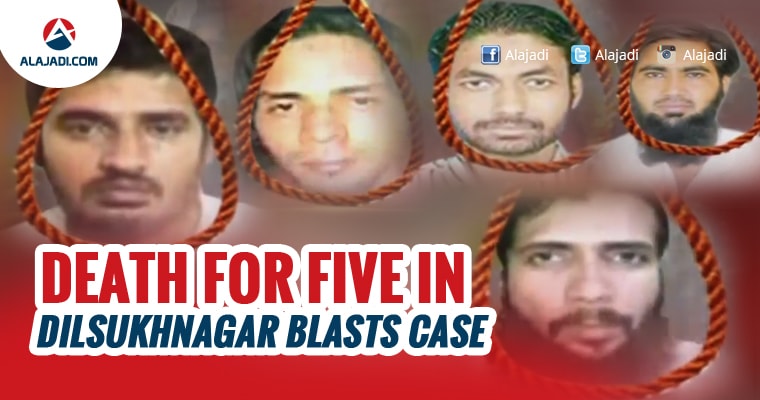 Terror outfit Indian Mujahideen operatives Yasin Bhatkal, Pakistani Zia-ur-Rahman, Asadullah Akhtar, Tahaseen Akhtar and Ajaz Shaikh were convicted on December 13th this year. The court has pronounced quantum of punishment Today. All the five terrorists were lodged in the Cherlapally Central Prison currently. This is for the first time an Indian Mujahideen militant has been convicted.

Initially, the case was registered at the Saroornagar Police Station and was later transferred to the NIA. During the course of the hearing, the NIA had submitted 201 pieces of evidence and produced 158 witnesses. Meanwhile, accused number 1, Riyaz Bhatkal (Mohammed Ismail Shahbandari), the elder brother of Yasin Bhatkal is believed to be the key conspirator behind the twin blasts. He is still absconding.