Dasari Narayana Rao has been admitted to KIMS Hospital in Hyderabad on Tuesday. He was suffering from lung infection and breathing issues. Team of Doctors who were treating Dasari informed that the Veteran Filmmaker’s condition is expected to improve in a day or two. He might be discharged in this week itself if his condition is back to normalcy. 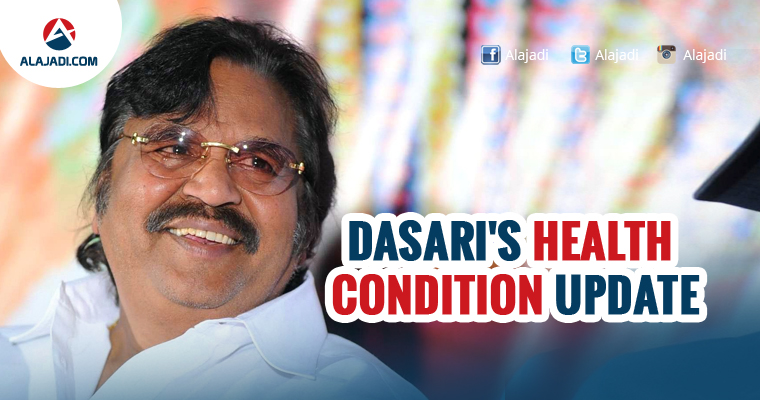 Dasari holds the Guinness Record of directing as many as 150 films. He produced about 53 projects so far. He even acted in Telugu, Tamil and Kannada films. The last time he made a public appearance was during the music launch of Khaidi No.150. Film Fraternity is concerned about the health condition of Dasari Narayana Rao.

Speaking to media post the operation, KIMS MD Bhaskar Rao said: We have performed a surgery to cure infection successfully. Right now, Dasari is fine. His condition might improve in the next 2-3 days. Right now, I can’t say anything more.

Mohan Babu who remained in KIMS hospital since Dasari was hospitalized told: Guruvu Garu is someone everybody in Film Industry admires and looks up to. I appeal everyone to pray for his well-being..he should live for 100 years. Dasari’s Son Arun Kumar and Other Family Members have been staying at KIMS Hospital.