Very cruel act with child by her mother !

A woman in Uttar Pradesh’s barely was caught on camera beating up her one-year-old child mercilessly. CCTV cameras were installed in the house since her husband suspected that she ill-treated the child. Her husband submitted a police complaint regarding the incident at DIG’s office. Police were investigating the matter. 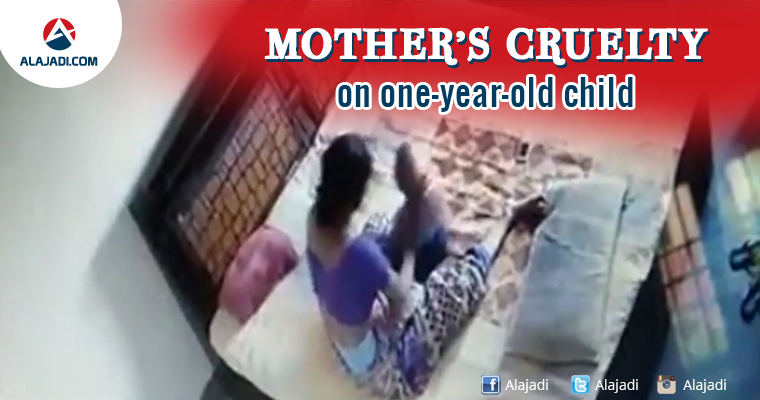 “Deepak have often noticed swelling and bruises on my child’s body. I tried to know about it from my wife but she use to term them normal accidents. To find the truth, he installed CCTV cameras in his house when she was away,” said Deepak Chaturvedi, who married accused Poonam five years ago. Confirming his doubts, the video showed the woman lifting the child in the air, trying to strangle him, throwing him on the bed and beating him up.

Poonam was seen beating up the child in the CCTV footage, which was submitted by Deepak at the DIG’s office on Wednesday. “My wife does not consider me as her husband and is a threat to the life of my child. I want her to be put behind bars,” he alleged.

DIG Ashutosh Kumar said: “I have seen the video and ordered an inquiry into the matter.” Poonam has already left Deepak’s house and is living with her parents. Her father told that Deepak used to harass her for dowry.

“He was demanding Rs 5 lakh in dowry and often used to beat her for that,” said Vishnukant, Poonam’s father. “Police have also registered a police complaint against Deepak in this regard.” Vishnukant alleged that Deepak used to drug Poonam, claiming his daughter was under the influence of drugs when the video was recorded.