‘Crazy Feeling’ of young hero in the offing

Apparently deriving titles from hit songs is one of the happening in Tollywood from a long time. Following the trend, young hero Ram has derived a title form his own films. The actor will take a small break after the release of Hyper and he will start shooting for his next film which will be directed by Karunakaran. 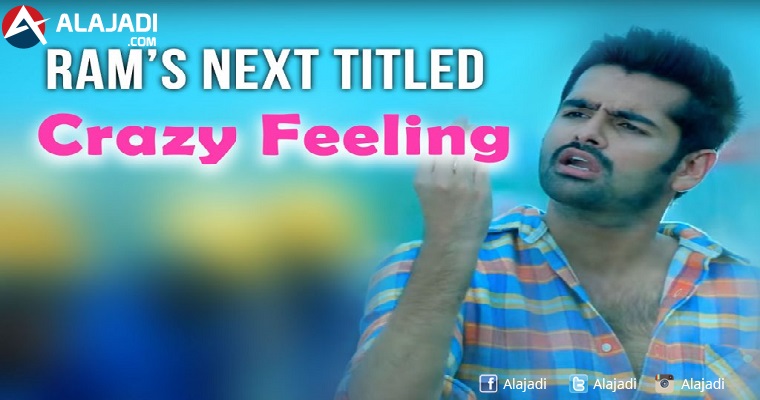 Karunakaran specializes in love stories and ‘Crazy Feeling’ will be on the same lines. The female lead has not been finalised yet. Crazy Feeling has been taken from the super hit song of Ram from Nenu Sailaja which comes on the lines of ‘It’s a crazy crazy crazy crazy feeling’. The song alone has over 13 million views on Youtube. Sravanthi Ravikishore will produce the film on Sri Sravanthi Movies banner. The movie will release during the first half of 2017. An official announcement is awaited.

Coming to Ram’s latest movie, “Hyper” carved out by Santosh Srinivas will have September 20th release.