The leader who was in power for a record nine years long approaching filmmakers for political advice might be surprising for many, but it’s true! Inspired by the imposing sets of the blockbuster Bahubali, the AP government has proposed to appoint SS Rajamouli as an advisor to the state government on the construction of Amaravati. AP CM Chandrababu Naidu is leaving no stone unturned to make Amaravati a World-class capital. He has toured various cities across the World and held consultations with countless experts so far. 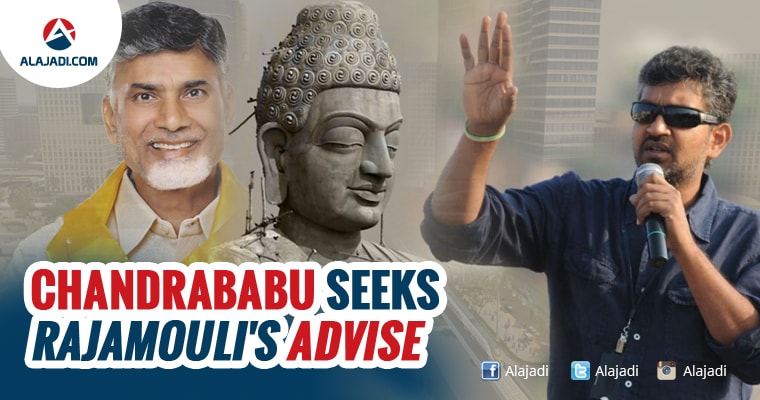 The delegation of AP Government comprise of Municipal Minister Narayana, CRDA Commissioner Cherukuri Sridhar, Other Key Officials. Meeting lasted for more than an hour on Wednesday. They have discussed about the kings who ruled Telugu States, historical importance of the capital region and structures. Rajamouli promised to offer necessary help to the sculptures who work on the Government Buildings in Amaravati. He assured that enough time would be allotted to it after the release of Baahubali: The Conclusion.

The ace director is known for his passion for history and kingdoms. Incidentally , Vijayawada-Guntur region where Amaravati has been planned has a rich historical past. In fact, it was the capital of a few dynasties. Rajamouli will be part of the team that will give advice on architectural designs for the permanent government complex.