Which cell phone does Warren Buffett have?

While the world goes crazy every time Apple launches its new phone, one of the richest people in the world remains least bothered. We are talking about Berkshire Hathaway’s chairman Warren Buffet.  Warren Buffet, holds Apple Inc. stocks worth $17 billion. And, yet, he does not own an iPhone. In fact, he doesn’t use even a smartphone and manages to get his work done using his old flip phone. Buffet says that he doesn’t like to throw things until he had them for 20-25 years and has, hence, been using his old Nokia phone for many years now. 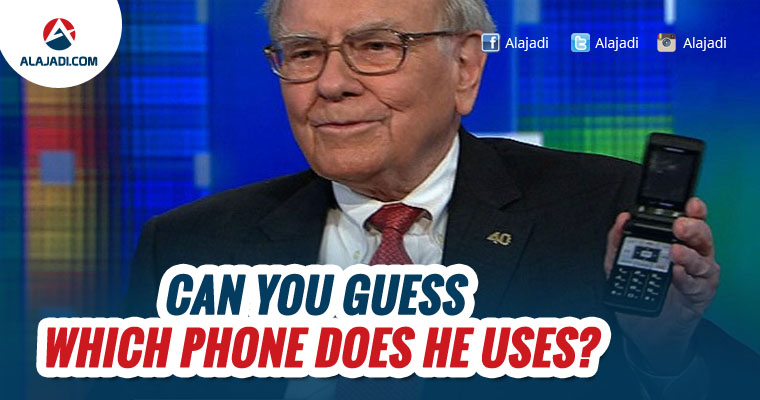 The investment genius shares that his habit of not throwing things away too quickly comes from his market technique of only buying a stock he wants to keep for at least 10 years. Since he doesn’t even use email he has sent only one email so far many tend to think he is a Luddite, one having an irrational fear of new technology. No, Buffett is just a frugal and practical man who wants to live life on his own terms.

Though the world’s second richest man, Buffett still lives almost the same way he used to when he started out. He lives in the same small three-bedroom house in Omaha that he bought in 1958 for $31,500. He drove his eight-year-old Cadillac until 2014 and switched to a new one only when the CEO of General Motors convinced him to buy one. Buffett replaced his 2006 DTS with a brand new Cadillac XTS in 2014. Though he owns a private jet, he travels in it only for urgent business meetings.

While the life that the rich man is living may not be accepted by all, Buffet likes to maintain that money doesn’t create a man and it is the man who created the money. He advises people to stay away from credit cards and instead invest in themselves. His honest and down-to-earth ways of living have allowed him to see through the fluff over the years, making him a personality that everyone wants to be today. That’s all because he lives an original life without getting influenced by trends. His life away from the fads of the day gives him the capability to see through the haze.