Buy Vegetables With Tokens Instead Of Currency

As all we know, the demonetization of Rs. 500 and Rs. 1000 banknotes was a step taken by the Government of India on 8 November 2016. The announcement was made by the Prime Minister of India Narendra Modi in an unscheduled live televised address to the nation at 20:15 Indian Standard Time on the same day. Due to that people are facing problems due to cash crunch and markets have been affected due to the scrapping of the currency notes. Many efforts are being made by individuals to find loopholes to ensure smooth transactions in the absence of new notes. 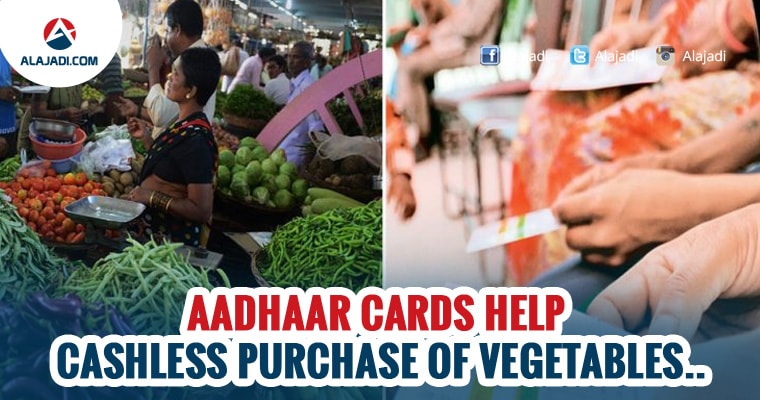 The Telangana State Marketing Department has come up with a unique experiment to help people through the ongoing cash crunch. On Friday i.e 18th Nov 2016, the department set up a mobile counter of Industrial Development Financial Corporation (IDFC), where people with Aadhaar linked bank accounts could get tokens to replace currency notes and go for cashless and card less purchases.

As a part of this experiment, all customers with Aadhaar linked accounts received tokens of Rs. 5, Rs. 10, and Rs. 20 denominations and used it as money. The vendors accepting these tokens also got the money credited in their accounts immediately. IDFC representatives opened new bank accounts for those vendors and farmers who didn’t bank accounts.

The experiment was conducted at Kukatpally Rythu Bazaar from 9am to 6 pm on Friday and consumers purchased vegetables worth Rs 15,000. Minister of Irrigation and Marketing, T Harish Rao, told the experiment will be continued on Saturday too and will be extended to Rythu Bazaars across the city if it turns out to be successful.