The most awaited blockbuster combo of Tollywood, Trivikram’s-Pawan Kalyan’s new movie was launched a couple of days ago at Ramanaidu Studios, Hyderabad. S. Radha Krishna of Haarika-Hassine Creations banner will be bankrolling the project. An interesting update about this untitled movie is that latest beautiful sensation has roped for heroine role. 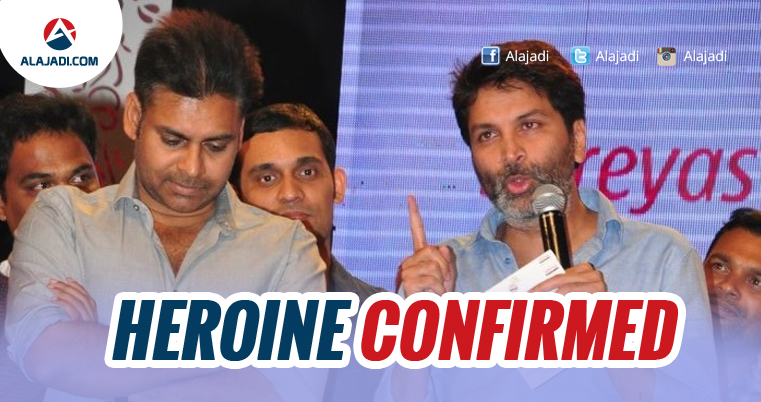 Glamorous actress Keerthy Suresh is one of the most sought after actress down South. She is currently on signing spree and is on cloud nine these days. According to the latest reports, Keerthy Suresh has been roped in for Pawan Kalyan’s next. Keerthy Suresh officially announced the exciting news through her official Twitter.

The young music sensation of Kollywood, Anirudh Ravichander will be scoring the music. India’s top most cinematographer V. Manikandan who helmed Mani Ratnam’s films like “Raavan“, Shankar’s “Aparachitudu” and Bollywood blockbusters like “Yeh Jawaani Hai Deewani” and “Main Hoon Naa” is working as DOP for this movie.

The film’s regular shooting will commence soon after completion of Pawan Kalyan’s Katama Rayudu. Meanwhile, Keerthy Suresh is busy shooting for Nenu Local. But the previous films did with Pawan Trivikram successful, we can expect this movie will also be a super hit. Anyway, we wish the best director and hero of Tollywood all the best.

Fans on social media already started discussions about this yet to be titled project using #tags like #rachchacombo, #ooramasscombo, #pakkahit and #magicrepeats.